Aww, poor Spider-Man once dreamed of having his name in lights, either as “Spider-Man” or “Peter Parker,” either one, I’m having a hard time parsing out exactly what he means in that first panel, but the important thing is that he feels an overwhelming sense of personal failure, which makes me happier than I can describe. Still, it’s not like Peter doesn’t still know how to enjoy himself in the crumbling ruin he calls a life! For instance, as long as he manages to distract his hugely successful wife so that she screws up in a very public manner, his day is a little bit brighter. 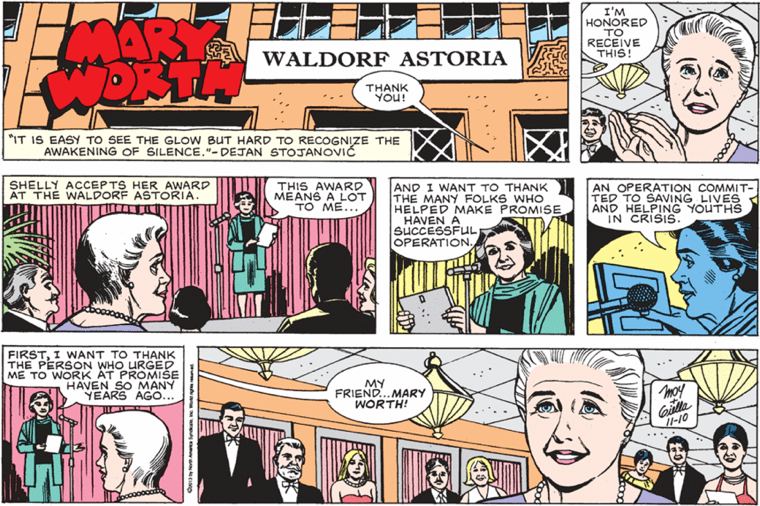 Yup, they pretty much nailed it! I couldn’t find any pictures of the hotel’s luxurious ballrooms, but I’m sure they all feature the hideous drop ceiling shown in today’s final panel as well.