Happy Veterans Day, everybody, and let us never forget that once, long ago, Private Snuffy Smith helped defend the free world from the menace of fascism, as depicted in live action films in which Snuffy was played by little person Bud Duncan wearing a shockingly true-to-cartoon fake nose: 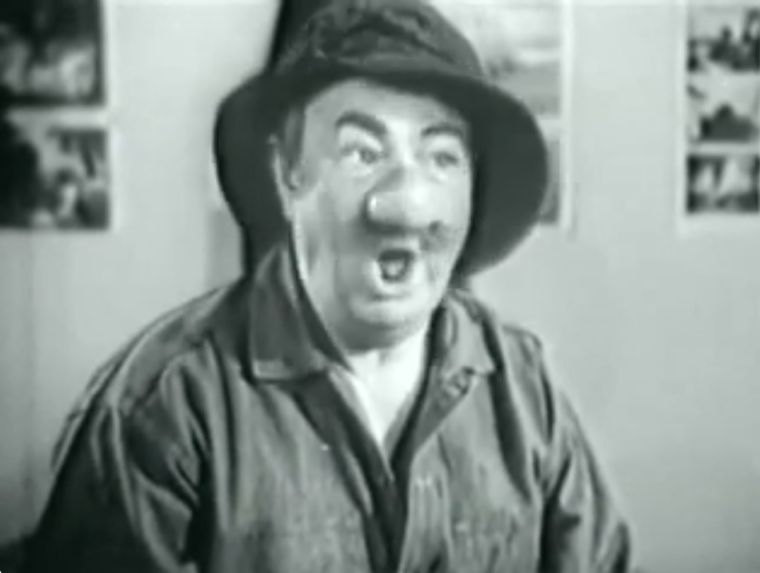 A few years back I linked to 1942’s Private Snuffy Smith, in which Snuffy enlists in the army in order to avoid trouble with the revenuers. In the intervening time, the sequel to that film, the Holy Grail of Snuffiana, has been uploaded to YouTube, the film with the most amazing title of any movie ever made: Hillbilly Blitzkrieg.

The plot involves Nazi spies trying to steal Snuffy’s moonshine formula and use it for rocket fuel, I guess? I only made it through about three minutes of it! Let me know what I missed, if anything.

“Neither would I. If not for me, I wouldn’t be here today. I create myself whole from within myself. I am the alpha and omega and nobody, least of all me, can escape me.”

Guys, were you worried that the Morgans might not be extracting maximum revenue from Sarah’s drawings of horsies? Well, their highly compensated lawyer will see about that.