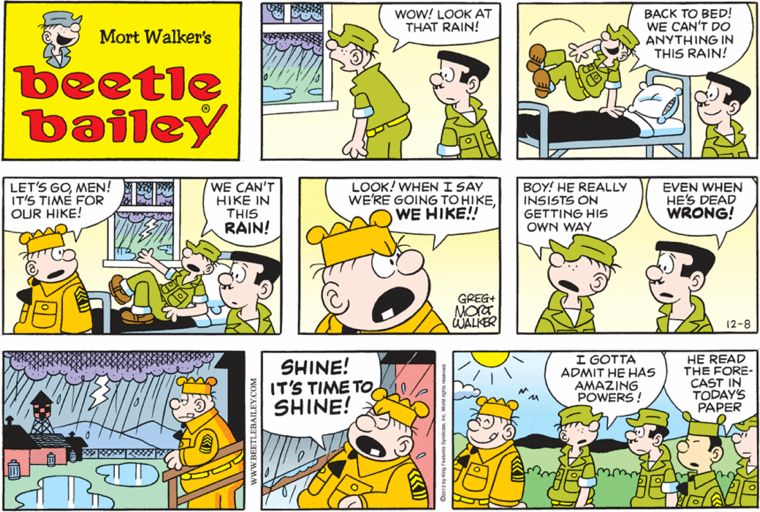 Well I for one am relieved to read Cpl. Yo’s line in the final panel of today’s Beetle Bailey. Turns out Sarge isn’t an omnipotent weather-deity after all! That would’ve really thrown everything I believe about the universe into chaos and confusion. No, he’s just a guy with access to an unusually precise weather report. 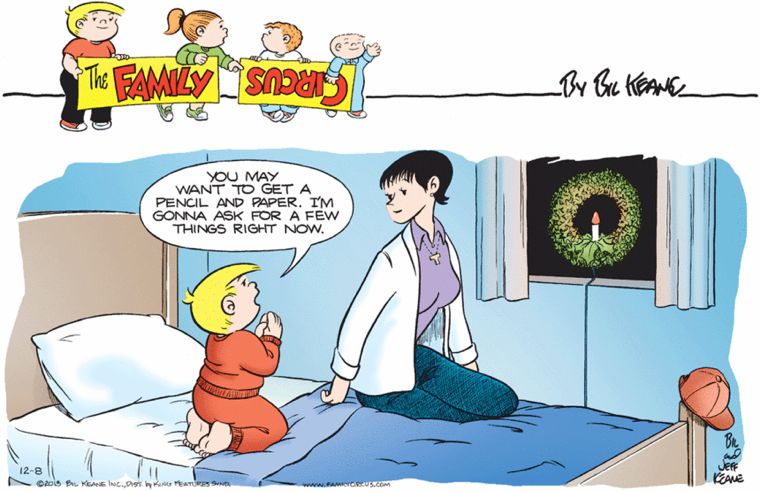 Speaking of omnipotence, Billy seems to think of God not so much as the all-knowing, all-powerful spirit being who created time and space, but rather as some guy who gets forgetful or distracted and has to write things down. He also appears to be on the verge of presenting God with a list of demands. Maybe he’s mixing up Our Heavenly Father with Santa Claus? Ma Keane perhaps should look a little less smug, considering the quality of religious education her son seems to have received thus far. 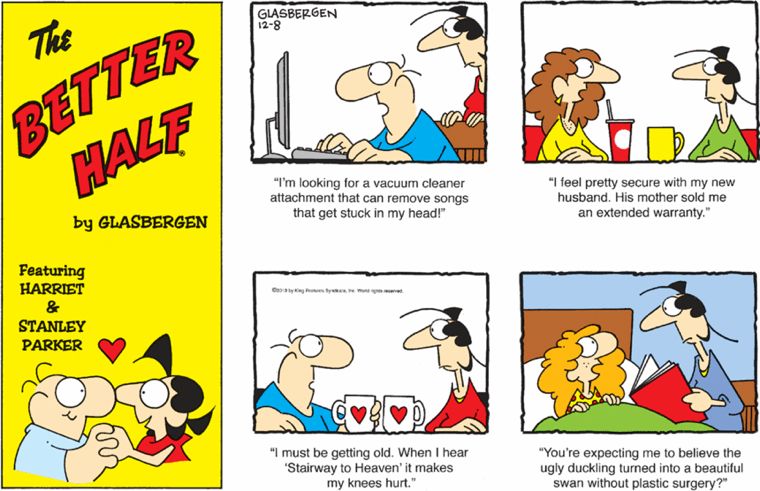 Today in the Better Half: Stanley’s body is crapping out on him, which he appropriate brings up with a joke about a song that’s more than 40 years old; Stanley hates his own mind so much that he’s willing to try anything to numb the pain, including an amateur self-inflicted lobotomy; Harriet’s friend has acquired a sex-robot; and Harriet and Stanley appear to have a daughter who’s never appeared in the strip before. The last of these episodes is by far the most unsettling to me.