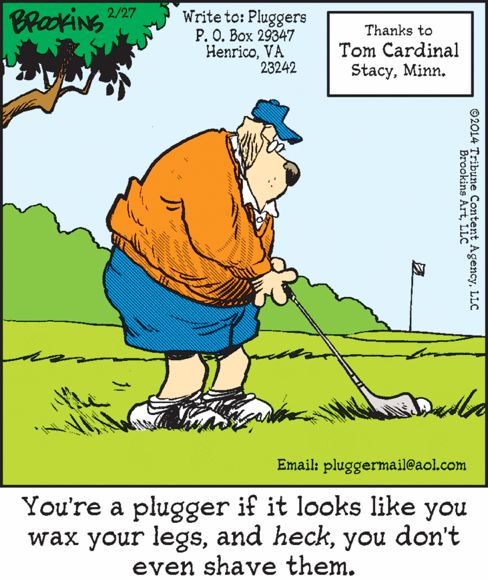 After all these years of mocking this strip, I still can’t tell if the central conceit is supposed to be “pluggers are lower-middle-class exurban reactionaries” or just “pluggers are old.” Honestly, I think it wavers from day to day. Today’s panel I’m tentatively putting into the second of those two buckets, because while I wasn’t aware of this particular joy of aging, I also can’t imagine that it has anything particularly to do with anybody’s socio-cultural position within the American mosaic. So, leg-baldness is a thing? A thing that I’m going to have to look forward to? Greeeat. 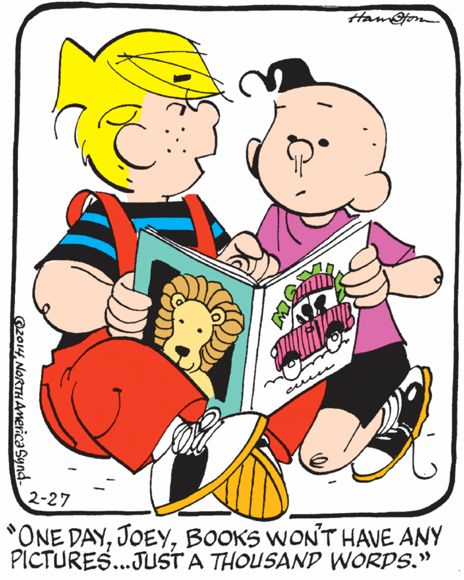 Dennis has a known hatred of books and learning, so I guess it’s no surprise that his distorted, terrified vision of his own literate future involves hours of slogging through endless words in dull, aniconic tomes. Still, you can understand why he’s sad about giving up his current reading material, since it looks super rad. Is it about lions driving cars? Lions attacking cars? Just a bunch of lions, stone-cold flipping over cars, and mauling any panicked passengers attempting to flee?

Gasoline Alley has always been a strip of gentle, low-stakes whimsy — it once had a plot about trying to get a DVD player working that lasted for more than a month — and so it’s always thrilling with the action suddenly bursts into insane violence. When Slim hired a mercenary to drop tons of space-rock on some basketball-playing teens who annoyed him, the story was at least kind of cartoonish. Today’s strip, in which, as predicted, society has completely broken down into chaos due to rumors of the existence of an immortality elixir, seems much more realistic. The foregrounding of the actual jackboots of the billy-club wielding police charging into the melee to brutally restore order is a particularly vivid artistic choice.