As was foretold in prophecy Friday, Mark has shrugged off a sucker-punch to the face and responded with fisticuffs of his own, somehow managing to wind up and knock Marlin down with a right hook despite literally being an inch and a half away from him. Still, this victory is bittersweet, as Mark looks poignantly at the avalanche of sea turtle eggs cascading comically out of Marlin’s green poachin’-sack. Yes, there’s an exclamation point at the end of his dialogue, but based on his stricken facial expression I would guess that this is as close as we’ve ever come to seeing Mark on the verge of tears, bereft over the senseless loss of endangered animal life.

By the way, is sea turtle egg-poaching an actual thing? Like, could those eggs ever hatch now that they’ve been removed from their nest and plopped in a big pile in a bag? Do people try to keep sea turtles as pets? Do people eat sea-turtle eggs? Have we been reading the wrong meaning of “poaching” in this storyline all along?

Thank goodness Tommie has rented a freakishly enormous car from the 1940s so that there’s plenty of room for her deer friend to … sit? stand? … in the back seat. I love the way Tommie just talks to Lily like she can understand English, while the deer stares ahead with its black soulless eyes, thinking about murder.

Good lord, Snuffy’s disgust with Jughaid is palpable. “I don’t care if he is kin, I ain’t gonna have no aesthete living under my makeshift roof!” 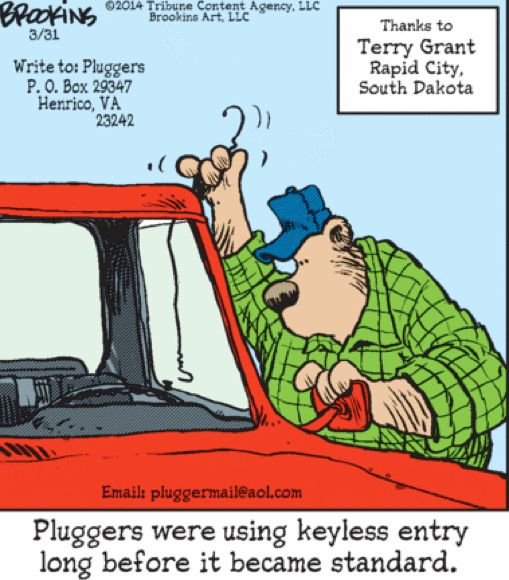 Pluggers are just straight-up car thieves and don’t care what you think about it.