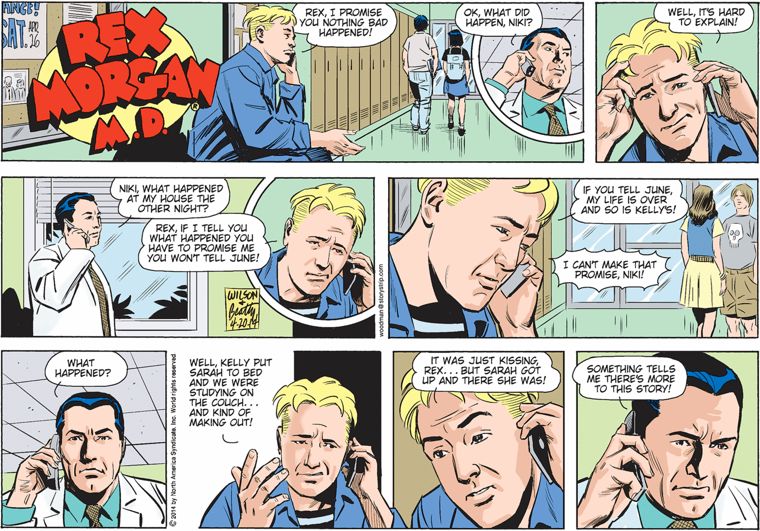 We’re four and half months into the Terry Beatty era on Rex Morgan, M.D., people! One of the interesting challenges in taking over a long-running continuity strip like this is integrating your predecessors’ character designs into your own style, which can have awkward results — see, for instance, Niki’s starfish hair, which was always pretty bizarre but at least sort of worked with Graham Nolan’s aesthetic, but poor Beatty is kind of stuck with it here. I am glad to see that the new artist is adhering to another tradition involving Niki — namely, that whenever frank discussions of his sexuality are on the table, he’s suddenly drawn to look like he’s about thirty years old. 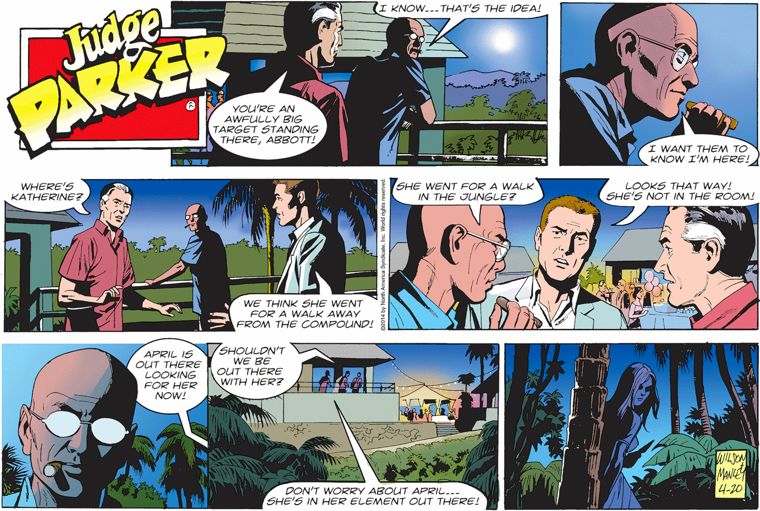 Don’t worry about April out in the jungle, Randy … she’s in her element out there! Plus she has a nice, sharp knife. When you make April leave her own wedding reception to go look for your stepmom because she wandered off into the mercenary-lousy jungle, somebody’s going to get stabbed. 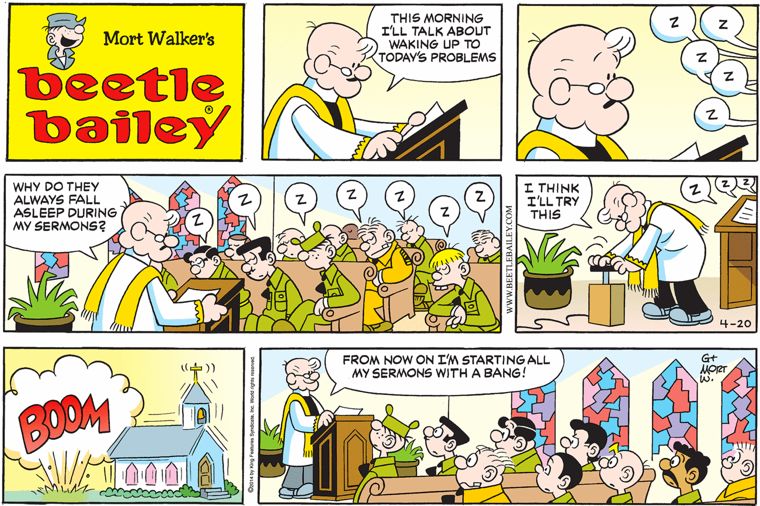 I’ll admit it: I got to panel five and I thought, “Well, I never expected that Beetle Bailey’s decades-long run would end with all of Camp Swampy dead in some sort of mass cult suicide, but I’m willing to run with this.”