Most of us know our parents pretty well, so I guess I’ll believe Billy when he claims that his dad’s “favorite kind of stuff” consists of just horrible pun after horrible pun. That said, though, I’m pretty disappointed by the quality of this pun-map. It’s like Billy started out intending to do one entirely made up of celebrity name puns (and kudos for spanning decades of American celebrity culture, from Orson Welles to Andrew Garfield) but then ran out of ideas and just started throwing in bullshit like “Rock of Ages” and “Sit-Up-Straight” and (ugh) “Great S-Cape.” What I’m trying to say, Billy, is that it’s a bad Father’s Day present if you can’t even keep up the central conceit of your homemade gift for like 15 minutes, and you should be ashamed of it. 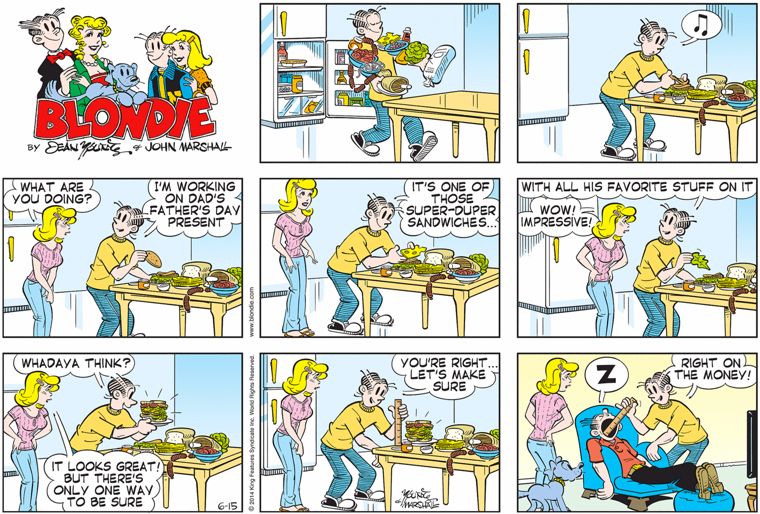 But I’ll give Billy this: at least he didn’t jam a ruler into is sleeping father’s gaping maw, in order to figure out how to build a meat-bomb that will occupy every available cubic inch of his gullet.