Fun fact: one or more helpful and diligent Wikipedia editors has constructed an elaborate table for all the Shoe characters that, among other things, tells you what species of bird each one of them is. Roz is one of the few listed as “unknown” — and there’s an actual citation for this, flying in the face of the longstanding truism that it’s impossible to prove a negative — which means that it’s possible she’s a chicken, and this question is some kind of weird come-on, or that Roz’s response, in which she shifts the conversation from a food item that could be on the menu of her restaurant to a portion of her own anatomy, isn’t a complete non-sequitur.

We’ve reached the inevitable stage in any Spider-Man plot where our protagonist decides that “hmmm, wouldn’t it be easier and more lucrative for someone else to do my job? And if I were to let them, wouldn’t I be the real hero? Sure, probably!” 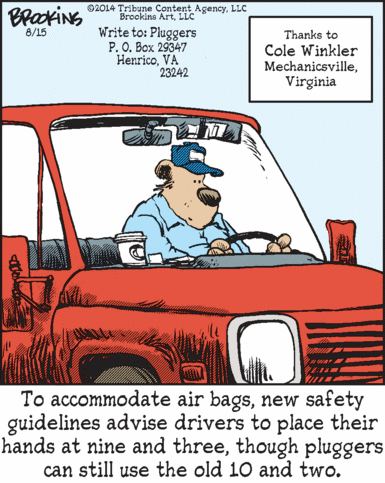 Pluggers would literally rather suffer catastrophic injuries than make even minor adjustments to accommodate cultural or technological change.