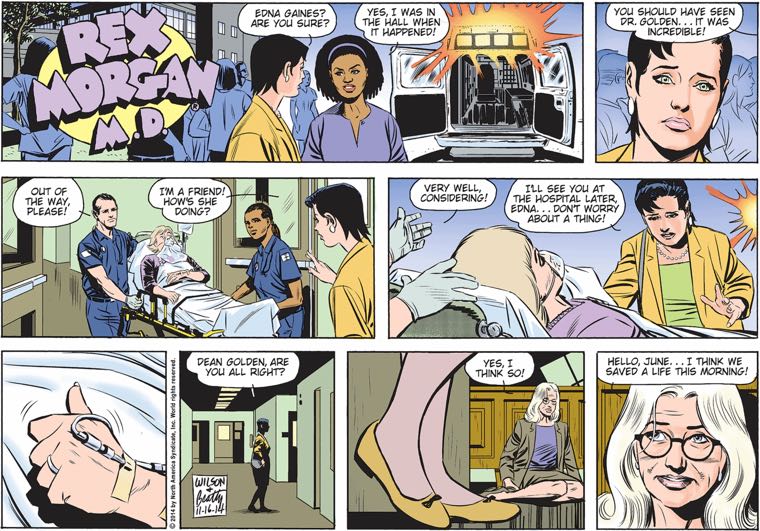 In addition to the genuinely hilarious “Sarah is adopted by a lovable/wealthy mob family” plot we’ve got going on in Rex Morgan, we also have a “June gets involved in petty academic squabbles” plot that is 100% non-hilarious, which is why I’ve barely mentioned it to date. But today it’s all been resolved! See, the vaguely sympathetic character (?) had a heart attack, and the vaguely unsympathetic character (?) saved her life! This will cause all conflict to fade away and bygones to be bygones, etc., which will make it super awkward that the Morgans’ friend/employee Becka just quit her job in a huff over the conflict.

In addition to proving that there’s no argument that can’t be resolved by a minor cardiac event, today’s strip gives us some red-hot imperious Morgan privilege action. “Out of the way, please! We need to get this woman to a hospital right away! Her life is at stake!” “I’m a friend!” “OH OK THEN” 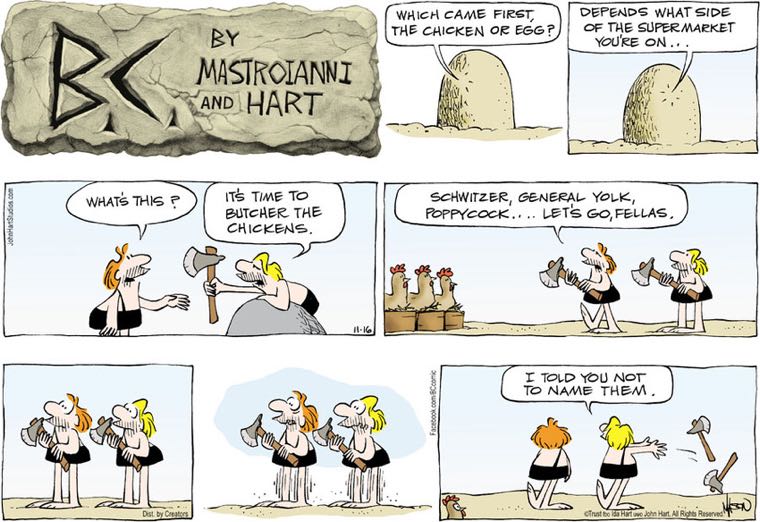 The primitive hominids of B.C. have apparently reached a new stage in sapience, understanding that other forms of life may have the ability to feel pain and fear, just as they do. Meanwhile, Momma is disappointed that her son’s blundering has stymied an opportunity for bird-slaughter. 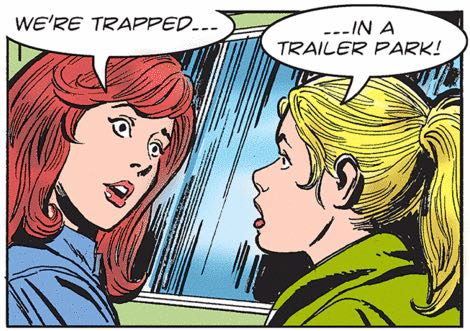 Sorry, other newspaper comics creators: nothing you publish this week will be funnier than this panel, in which uber-rich Abbey and Sophie realize they’re living their worst nightmare. “We’re trapped … in a trailer park … with poors! NOOOOOOOOOO”