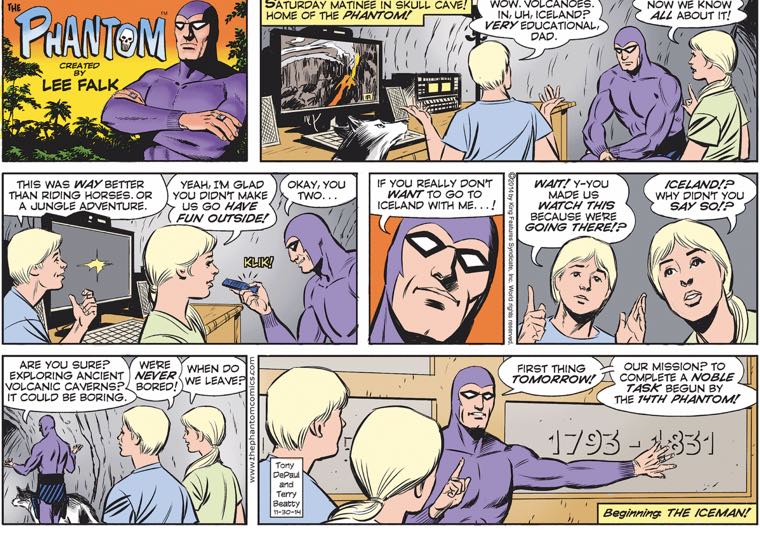 Give the present-day iteration of the Phantom some credit: for a superhero adventure comic, it actually tries to do a decent job of depicting post-colonial Africa, with Bangalla a kind of idealized South Africa, black-ruled but with a sizable white minority and a diverse array of indigenous ethnic groups, all living more or less in harmony. Still, the core conceit still carries a lot of uncomfortable colonial racial baggage from the strip’s 1930s origin: the hero protecting this African land is a white man — and, more to the point, the 21st in a series of white men who, despite living in Africa since the 1500s, have all apparently voyaged elsewhere to find wives, so as to continue to produce blonde-haired, blue-eyed progeny. Anyway, this coming Sunday Phantom adventure will take our hero and his kids to … Iceland! A country so homogeneously Nordic that it’s a genetic case study! Presumably Kit is just teasing his children with the prospect of adventure, when in fact they’re going to be assigned their future Norse spouses, in accordance with Phantom Law. 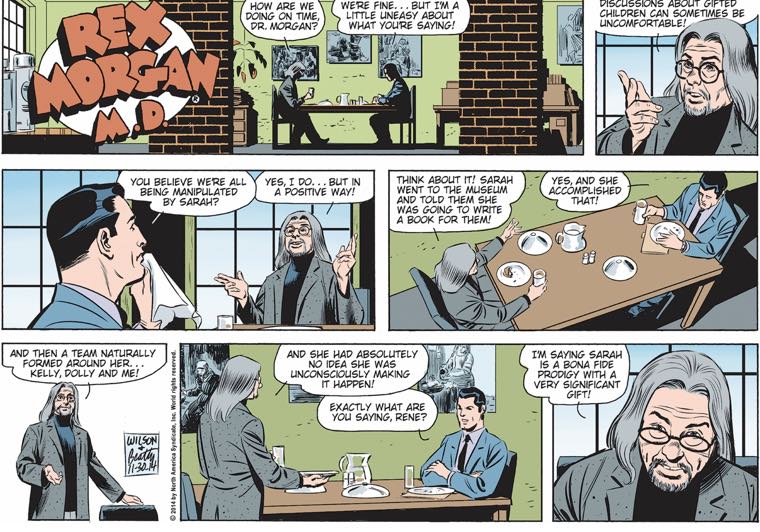 Rex Morgan, M.D., became Sarah Morgan Uses Her Special Mind Powers To Become The All-Ruling God-Empress Of Earth And Destroyer Of Men so gradually that most people didn’t notice, but in retrospect this strip was seen as an important signal of the coming transition. 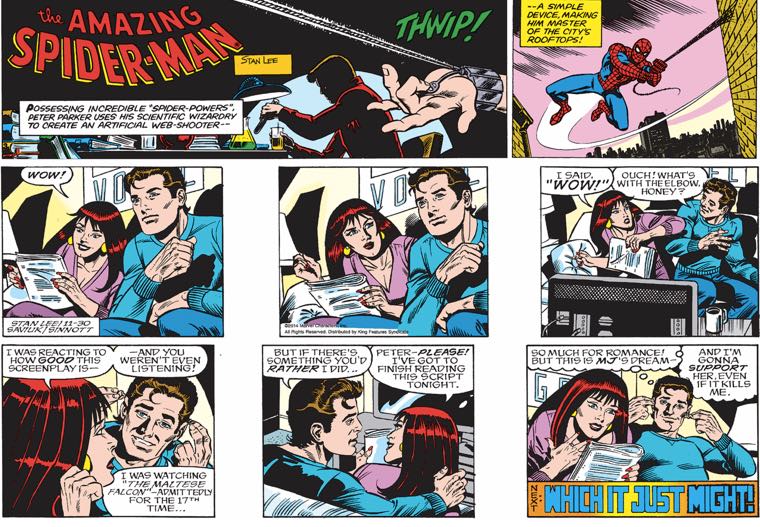 Peter ignores his wife as she engages in something that interests her, makes a clumsy request for sex, then glumly reflects that showing the bare minimum of emotional support a spouse ought to be able to expect might result in his literal death. Every time I think we’ve hit Peak Newspaper Spider-Man, I am pleasantly surprised anew.