In Herodotus’s Histories, the Athenian statesman Solon explains to King Croesus that to his mind Tellus of Athens was the most fortunate man who ever lived, and the brothers Kleobis and Biton are tied for second. Key to their ranking, Solon explains, is that all three not only lived lives that were universally well-regarded, but died immediately after performing their most praiseworthy deed, leaving no awkward fall from grace or aftermath to mar their reputation. (This is meant to contrast with Croesus, whose long and largely successful reign ended in conquest by the Persians, and probably with Solon himself, who lived long enough to see the political system he established in Athens overthrown.)

Our plucky fly here does not, perhaps, qualify as fortunate under Solon’s definition, as his life is about to end ignominiously in a heron’s gullet. But as a tiny insect, he really has no reputation to sully, so perhaps in assessing his life and death, we should instead focus on his inward emotional state and sense of self-worth. He is clearly on top of the world after having dodged not one but two predators and left them steaming mad in his wake. Hopefully his death will be instantaneous and he will go out on top, with that ludicrously adorable grin on his face. 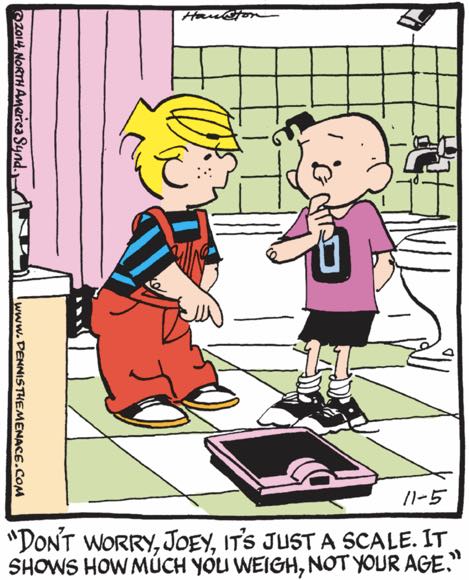 Bald, tiny, spindly-legged Joey lives in constant fear of one thing: that someday someone will discover that he’s not a human boy at all, but rather an ageless goblin who has escaped his eternal home in the Deep Forest to live among us here in the Realtime Cities. Which of the Tall Ones’ terrifying devices will be the one that reveals his secret? You can never be too careful!

Guys I know I keep harping on this bizarre lunch but it keeps being flabbergasting that this was allowed to happen. There’s no wine. There’s no custard. They aren’t even sitting at a table. They are blatantly walking around in somebody’s living room. Is this a shared delusion? An aggressive Who’s Afraid Of Virginia Woolf-style impov game, with neither party willing to blink? What is even HAPPENING heeeeeere