“He doesn’t know the half of it! Why, the Battles of Lexington and Concord were fought by Massachusetts militiamen before I was appointed commander of the Continental Army; the Battle of Saratoga was fought by my subordinates while I was nowhere nearby; and the Treaty of Paris was negotiated by others who I had no authority over, since at that time I was only a military commander, not the chief executive! I don’t deserve to have these pennants hanging up in my office! They just make me feel like a big man! I’m a fraud!” 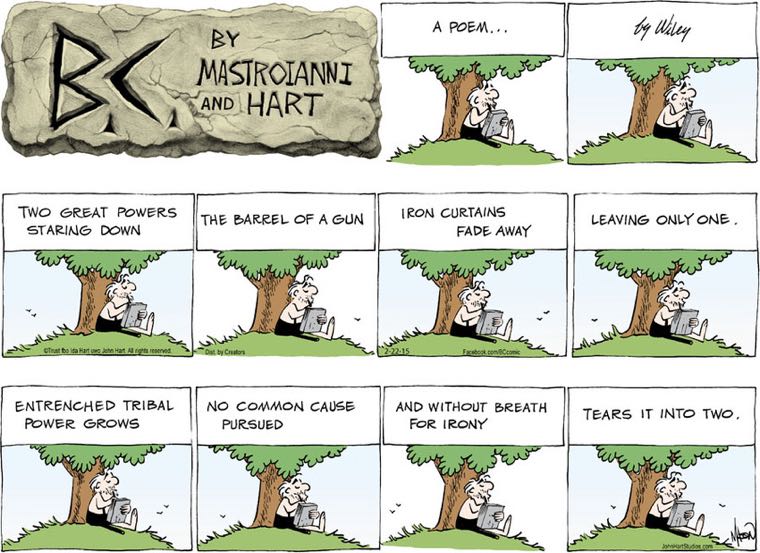 Man, wasn’t it great when Americans were united by utter terror of nuclear annihilation? There definitely weren’t any divisions here at home at all during that period! Thanks for reminding us of this gentler era, Caveman Poet! 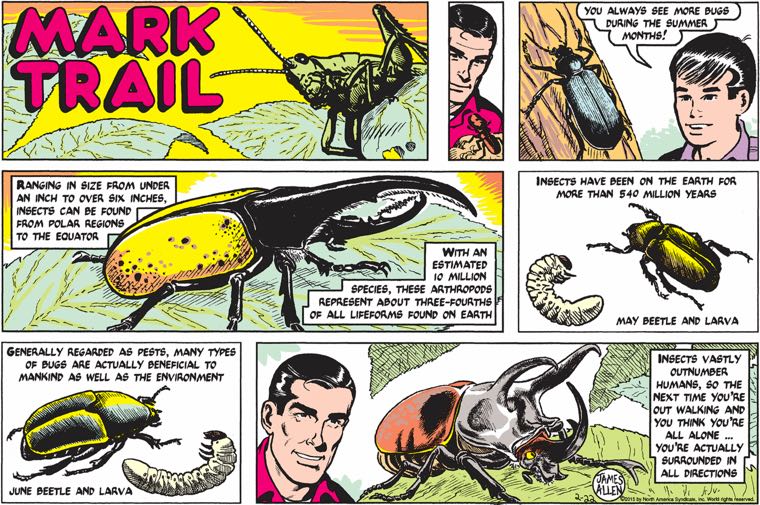 Despite what this feature might’ve implied last week, you’re probably not being stalked by a terrifying grizzly bear right now. You are surrounded by insects in all directions, though! Horrible, horrible insects. Just look at them! They’re awful monsters. 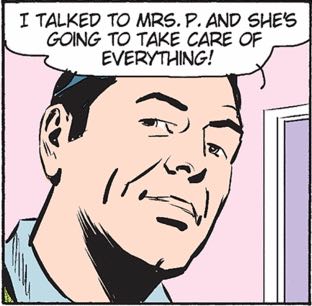 Hey, remember a couple weeks ago when it looked like there might be some kind of conflict in this storyline? Haha, well, never mind all that!