It’s clear that the sapient animals of Slylock Fox used the ruined detritus of our civilization as the building blocks for theirs — why else would that owl judge be wearing a black robe, or that bird juror a necktie? But clearly the cultural material they drew from had gaps. For instance, despite today’s near omnipresence of the Law and Order franchise, apparently not a single episode survived for the entertainment of the triumphant beasts, because otherwise they’d know that the law enforcement apparatus consists of two separate yet equally important groups: the police, who investigate crime; and the district attorneys, who prosecute the offenders. Instead, they have Slylock fulfilling both these roles, and additionally providing entertainment to courtrooms when cases are so open-and-shut as to be boring. Even Shady Shrew is enjoying the performance. “Heh heh, it’s the sun! They’re never going to guess it! Oh, soon I’ll be back in prison, where my freedom of action is restricted but life has an order and structure I’ve never been able to create for myself on the outside. I guess that’s probably why I stole that lady’s bike off her porch in broad daylight.” Anyway, once Slylock’s done here, he’ll head over to a lawsuit involving a doctor whose husband was killed and son terribly injured in a car crash.

Ooh, is this Mark Trail storyline going to be about the importance of a work ethic and self-reliance? “Our young beaver knows that support a family, he’ll need to industriously build a dam, using nothing but his teeth, paws, and gumption. Meanwhile, Littlefoot grows fat on the Trail family’s handouts and refuses to even do basic foraging for himself.”

Ha ha, it’s funny because Momma’s emotional world is so twisted that her idea of a happy home is one in which her children have gathered together so she can make them all feel bad about themselves! Also, hashtags are … a thing that exists, I guess? 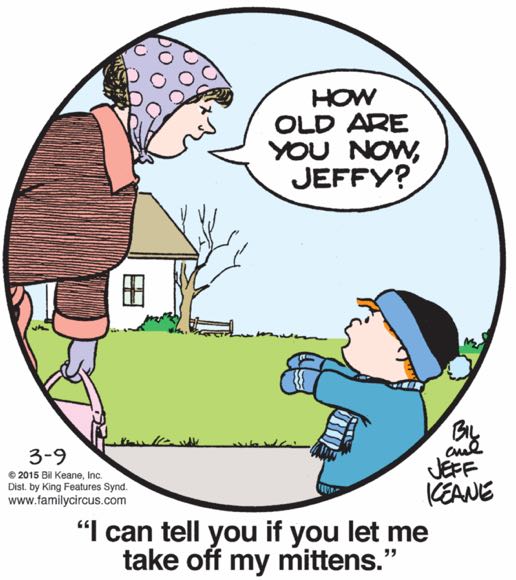 NO, LADY, DON’T LET HIM TAKE OFF THIS MITTENS AND TOUCH YOU WITH HIS GROSS CLAMMY GERMY SKIN, IT’S A TRAAAAAAP