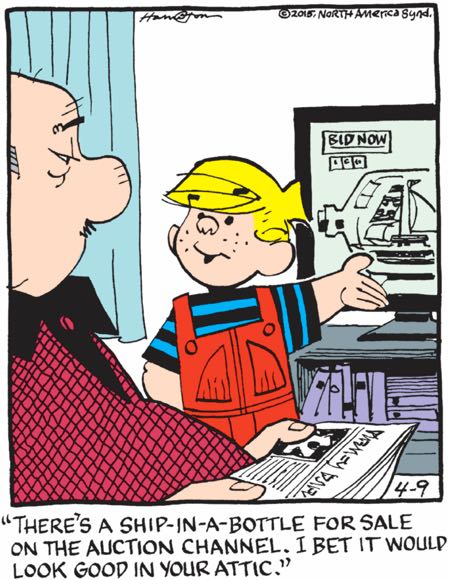 “Hey, Mr. Wilson, you’re a hoarder! A sad old hoarder! You think you can fill the empty hole inside you by getting more stuff, but you can’t and you never will!” Menacing level: extremely high. 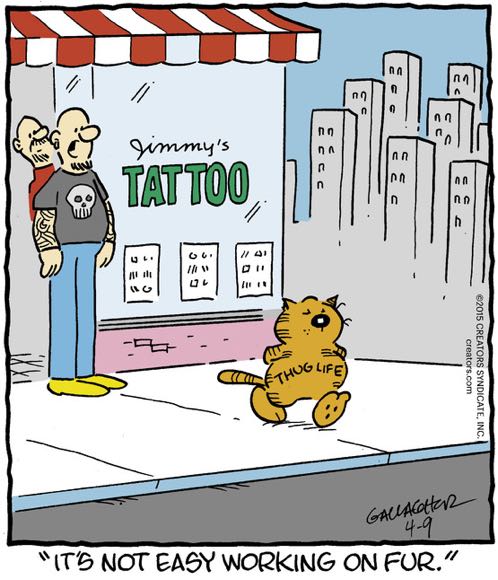 I’m pretty sure all the tough guys out there with “THUG LIFE” tattooed across their knuckles or shoulders or whatever would be horrified if they found out that Garfield had gotten the phrase inked onto his fuzzy orange belly. But Heathcliff? Heathcliff’s a tougher breed, and is also less ubiquitous and commercial. I’m going to choose to believe that, after the initial shock, there would be grudging respect for this cartoon within the thug life tattoo community.

Spider-Man has, as is its wont, devolved from a brief bout of superheroic action into petty bickering. At least the bickering is over vaguely interesting philosophical questions this time around! If “superhero”/”ordinary human” is a spectrum and not a binary, how can we truly distinguish between “human altered by radioactive spider bite”, “highly trained assassin/spy who wears a distinctive skin-tight outfit”, and “actress portraying a fake superhero in a movie who took her costume home and was wearing it in public for vaguely erotic marital cosplay purposes”? Do Marvel Comics characters know about DC Comics characters like Superman, and if so do they know them as real or fictional? Are Spider-Man’s pleas for Mary Jane to help prop up his brand his most pathetic whine yet?

Oh man, I guess we’re gonna get uncomfortable glimpses into the inner sexual life of Beetle Bailey characters all week! “Can you make your computer have sex with me?” Private Blips asks, grinning girlishly. “I want to have sex with a computer!”