That’s actually a fairly accurate visualization of the new Orion space capsule, Jeffy! I guess all that promotion NASA did on Sesame Street was money well spent. PJ, meanwhile, has the true mind of a child here: a child who has no control over what he eats and has to choke down whatever his parents put in front of him, and who dreams of revenge. 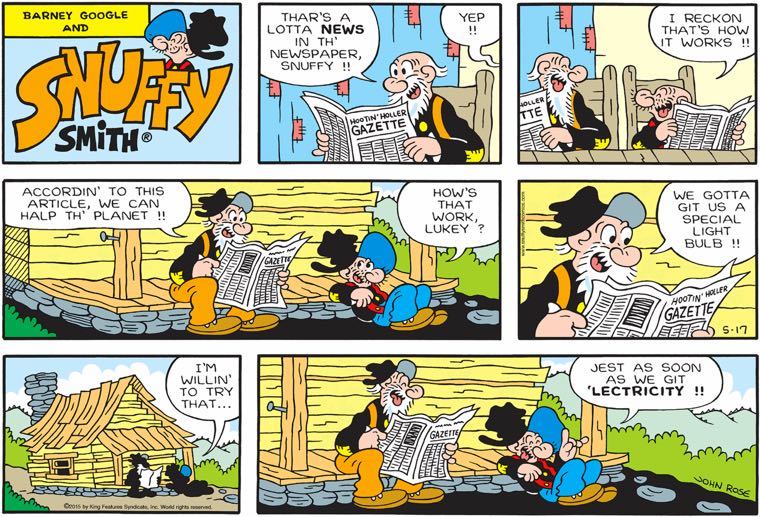 Hootin’ Holler may be cut off from the benefits of modern society, such as electricity and running water, but is also insulated from some 21st century ills. “Of course thar’s a lot of news in the newspaper! That’s how it works!!” exclaims Snuffy, blissfully unaware of USA Today, network morning TV news shows, and BuzzFeed listicles.