Happy Monday, everybody! Remember how Crankshaft’s depressed old theater-owning friend hit a pothole and decided to run for mayor? Well apparently that wasn’t depressing enough for the Funkyverse, so here you go: road conditions in Centerville are so bad that that they’re literally paralyzing the populace. The current corrupt administration doesn’t care how many shattered spines serve as a testament to its administrative incompetence, which will make it extra poignant when Ralph inevitably loses. 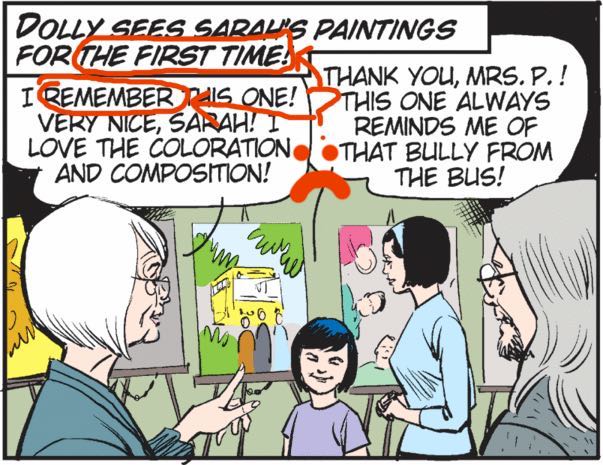 I know this plotline has had a certain “making it up as we’re going along and also forgetting the details of what happened before, or maybe playing an elaborate game of Exquisite Corpse” quality about it, but I’m pretty sure this is the first time the narration box’s information has been immediately contradicted by dialogue. If this were an improv scene — and frankly I have no evidence that it isn’t — I’d be pretty disappointed.