“There’s more, Tommie.” “OH?!” The Tommie-bot was beginning to disassemble herself for easier storage when it became clear that Lu Ann wished to prolong the interaction, so she hastily reattached her head. 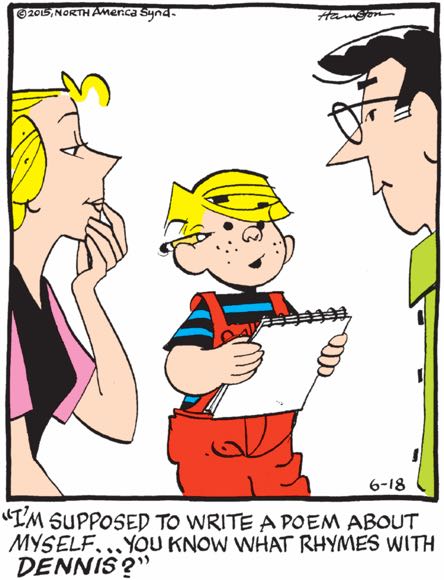 Little-known fact: when a comic strip’s main character says the name of the strip in the strip, the strip’s universe disappears in a puff of smoke. That’s why Dennis’s parents are so excited. At last, they think, we’re almost free.