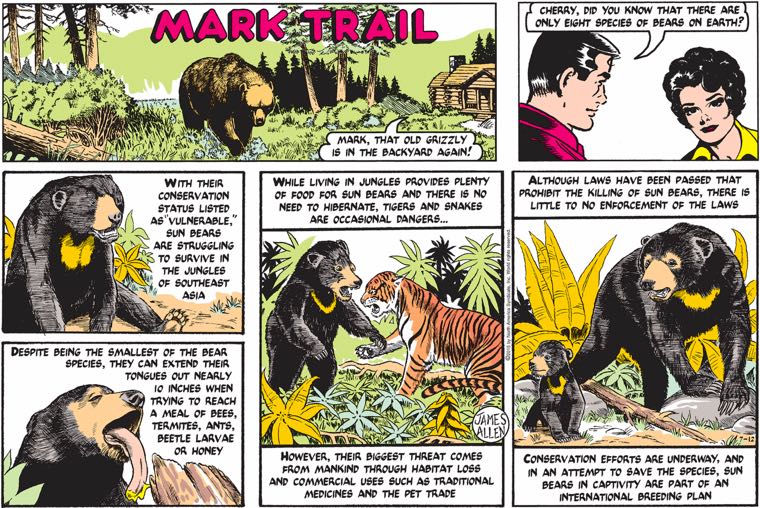 “Mark, that old grizzly is in the backyard again!”

“Cherry, did you know that there are only eight species of bears on earth?”

“Well, yes. But that grizzly is acting strange and kind of aggressive. Say, have you seen Rusty?”

“With their conservation status listed as ‘vulnerable,’ sun bears are struggling to survive in the jungles of Southeast Asia.”

“Despite being the smallest of the bear species, they can extend their tongues out nearly 10 inches when trying to reach a meal of bees, termites, ants, beetle larvae, or honey.”

“While living in jungles provides plenty of food for sun bears and there is no need to hibernate, tigers and snakes are occasional dangers…”

“My father is running out to help him — dad, it’s not worth it! It’s already too late!”

“However, their biggest threat comes from mankind through habitat loss and commercial uses such as traditional medicines and the pet trade.”

“Oh god, it’s got my father! My poor father! He’s locked his jaws around him! I can’t look! And all you can talk about it … sun bears …” [choking sobs]

Good ol’ Abbey has been a beloved member of the Morgan family for more than a decade but hasn’t gotten a lot of panel time lately. I do appreciate her extremely skeptical expression in panel two here though. “Wait, you want me to fight wild animals for you? Oh, hell no. I weigh, what, fifteen pounds? Twenty, tops?” 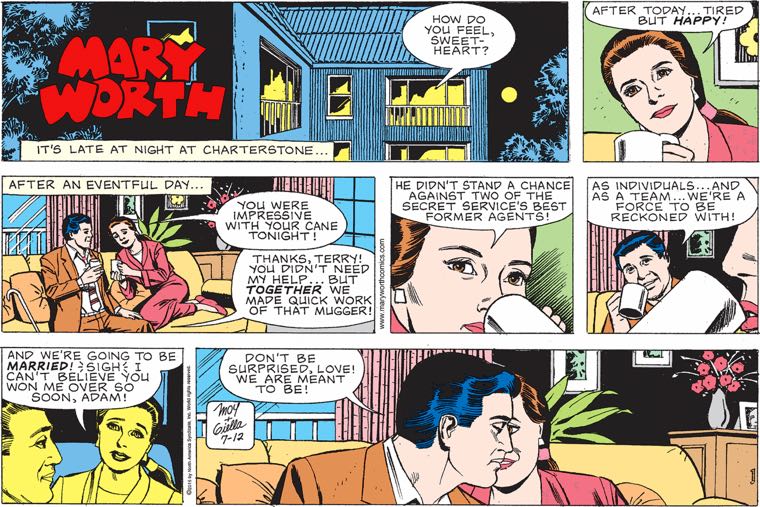 I was going to make a joke about Adam having won over Terry “so soon,” but I guess it has only been three and a half months, which isn’t really that long in the grand scheme of things. Man, it feels like forever, doesn’t it?

Real talk: Momma would have her children killed, mummified, and entombed with her like an Egyptian pharaoh if she could.