Well, it appears that Grimm, one of the beloved title characters of the syndicated comic strip Mother Goose and Grimm, has died. RIP Grimm, 1984-2015. Looking forward to seeing what new strip is in this space tomorrow. 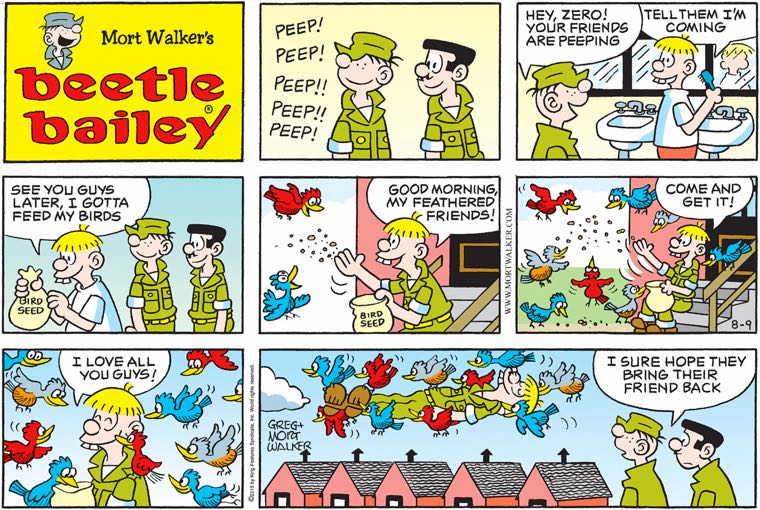 Meanwhile, Zero, one of the beloved ancillary characters of the syndicated comic strip Beetle Bailey, is being carried off to be devoured by birds. Nobody will mourn him and the strip will continue on as usual.

Ha ha, you didn’t think I’d have a post called “Depressing Sunday” and not talk about Funky Winkerbean in it, did you? Anyway, the time travel situation turned out to be “just a dream,” but let’s look on the bright side: this class reunion plot began with Les being strongarmed into running it at the last minute and extremely anxious about screwing it up. Typically, that sort of setup would result in the protagonist overcoming obstacles and putting together an event that everyone enjoyed, even if things happened that were a little out of the ordinary. But nope! This is Funky Winkerbean! Les did a shitty job and now everybody hates him! This is honestly the most satisfying conclusion that I can imagine.