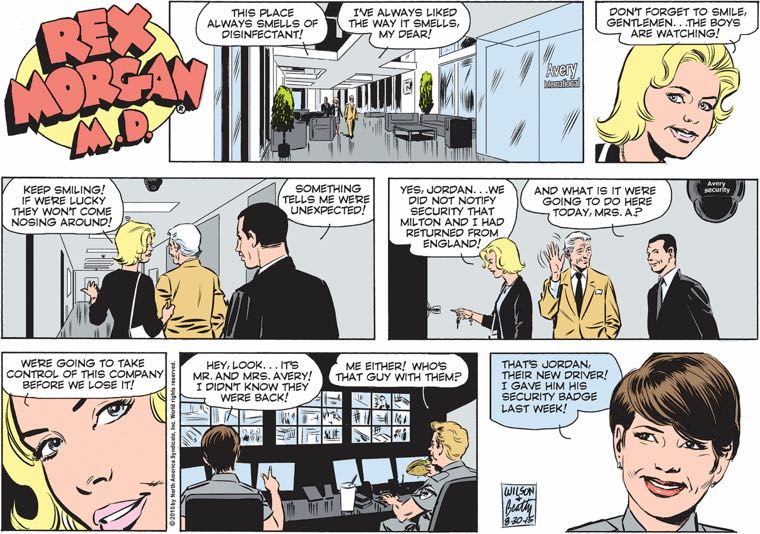 Guys, let me take you on a magical journey back to 2007, when Milton Avery, not yet demented, was presumed dead after his plane crashed into the Atlantic. Heather’s stepson Hugh, who had never met Heather but was the same age as her and referred to her as a “gold-digging nanny,” immediately attempted to seize control of the Milton’s company, which Heather and company factotum Pete attempted to prevent, with help from Rex. Our heroes succeeded via confusing boardroom skullduggery; eventually, Heather and Hugh made peace, Milton turned out to not be dead after all and, in a plot point I never quite understood, Pete was secretly trying to kill everybody the whole time.

ANYWAY, here we are a mere eight years later, and Heather is apparently planning to use the last shreds of Milton’s lucidity in a heist-like manuever to gain control of the company for good, right under the nose of Avery International’s taco (?) loving security staff. Presumably once her poor husband manages to smile amiably and sign whatever documents the lawyers put in front of him, he’ll be bundled off to a drafty castle in his native Britain, to “rest,” while Heather runs (and profits from) his financial empire. The only question is how Jordan will attempt to betray her. 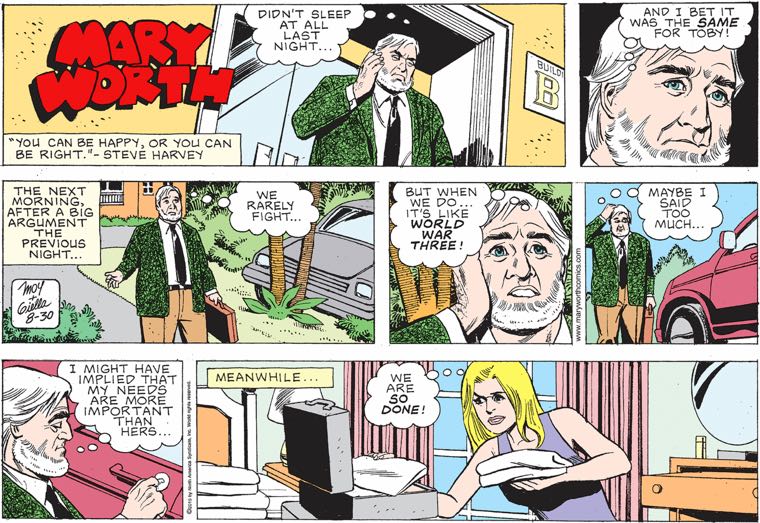 Meanwhile, Toby is leaving Ian and taking all the linens with her. Sheets? Towels? Pillowcases? You won’t have access to any of those in your new post-marital existence, Ian. Hope you enjoy getting out of the shower and flopping your soggy body onto your uncovered mattress, because that’s your life now.

“You know what they say: I keep getting older, I keep using increasingly transparent philosophical maunderings to justify my sexual obsession with teenage girls!”