I know I’ve been neglectful in keeping you up to date on the reality show antics in Gil Thorp, but suffice it to say that Holly and the reality show team are Bad, and the Thorps and their noble student-athletes are Good, except when those student-athletes fall under the siren spell of reality show stardom, at which point they become Bad. Mostly I wanted to point out today’s strip because it encapsulates the sad reality of being Marty Moon: not only does he get turned down for sex, but his getting turned down for sex doesn’t even merit a panel with him in it. 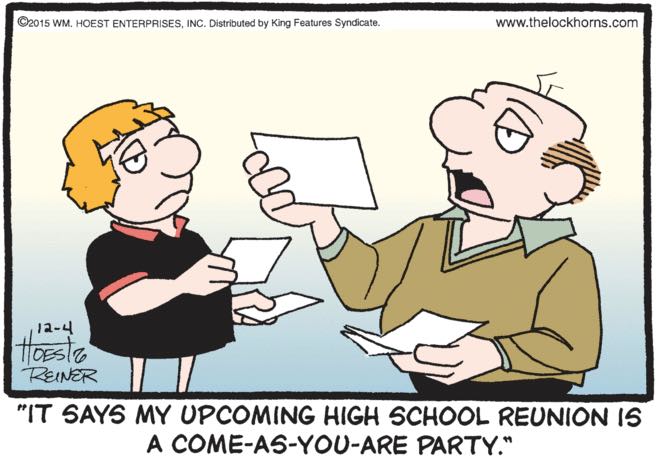 It seems kind of weird that the Lockhorns’ mail consists entirely of 4 x 6 pieces of paper, so I’m going to assume that these are actually cue cards with prompts written on them. Bored with their usual range of passive-aggressive interactions, they’re now mixing things up a little bit in an attempt to keep their hell-marriage hell-fresh. “Is this gonna be an ‘I loathe you’ card? Ooh, no, this one is ‘I loathe myself.’”