Holy crap, I’ve been reading Gil Thorp for more than a decade and I’m reasonably sure this is the first time they’ve actually killed off a character! (I’m not counting the time Coach Kaz punched a guy in the brain.) The victim was sassy, beloved Boo Radley, who briefly dated golden boy True Standish and just pitched a no-hitter; she died in a multi-car pileup caused by drunken Pa Bader, who decided that driving sober was for people who can’t close. Will his monster of a son still obnoxiously defend him now that he’s killed one of his own classmates? Probably not, since there’s only like a week or two left until the end of the spring storyline. Anyway, things are gonna get grim! 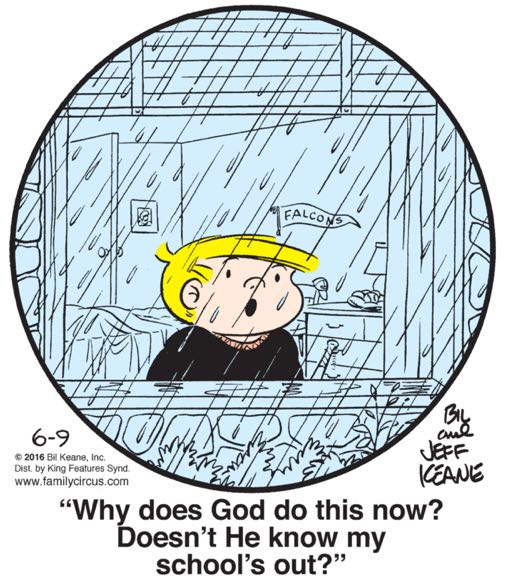 This senseless tragedy really puts Billy’s petty problems in perspective, doesn’t it? Still, I appreciate the effort he’s going to here to really wallow in his gloom. He’s wearing all black, to commemorate the day he turned his back on the God who failed him and pledged his allegiance to Satan.

At least we can count on the solid, charming laughs of Blondie to cheer us up! Ha ha, poor people, am I right? What a bunch of scam artists!