I’ve been reading Crankshaft on and off for most of my adult life, and so I of course was well familiar with the eternal struggle between the title character and George Keesterman, whose mailbox Crankshaft routinely destroys with his bus, because he’s dangerously incompetent at his job. For most of this time, I assumed that “Keesterman” was an always off-screen presence à la Maris from Frasier, and it was only a few years ago that I realized he was the guy in Crankshaft’s sad little social circle who wasn’t what’s-his-face, the short guy with the glasses and mustache who owned the old movie theater and ran for mayor. Ralph! That’s it, Ralph. Anyway, this was hard for me to reconcile, because I had always imagined Keesterman to while away his days animated by a white-hot rage against Crankshaft, so why was he spending time with him socially? The answer, I guess, is the typical Funkyversian one, which is that all life is suffering and unhappiness, but today he’s finally decided to have his revenge by dragging one of his only two friends into court in order to ruin him financially. Should make those long breakfasts where they sit around and drink coffee and tip poorly extra awkward! Especially for Ralph. 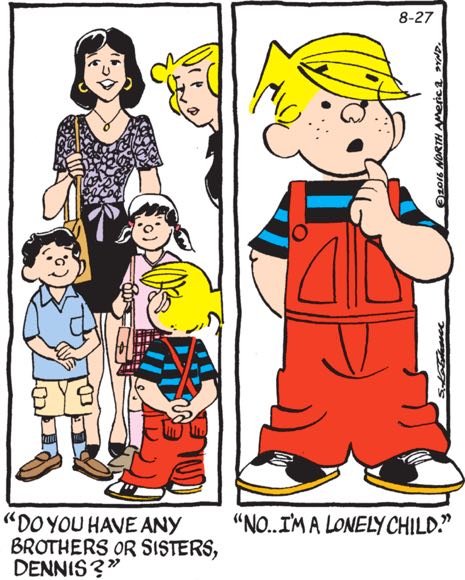 Haha, look at Alice’s face in panel one. She knows what’s coming. “Don’t you say it. Don’t you God-damned say it.” But no, he said it, while resting a finger on his chin and looking up with big, innocent eyes. This the most calculating menacing I’ve seen in this strip in months.