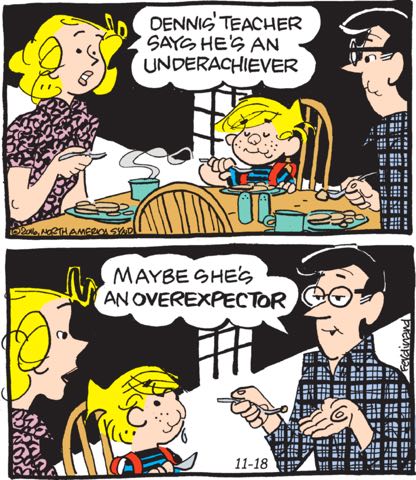 There are few things more menacing in this world than basically saying “Enh, what if our son is just stupid?” right in front of him at dinner! It’s a really nice touch for Dennis to be staring dumbly up at his dad while he says it, letting a big strand of drool dribble down his lips, as if to play it up, make them feel bad for not underestimating or overestimating him, but for estimating him exactly right. 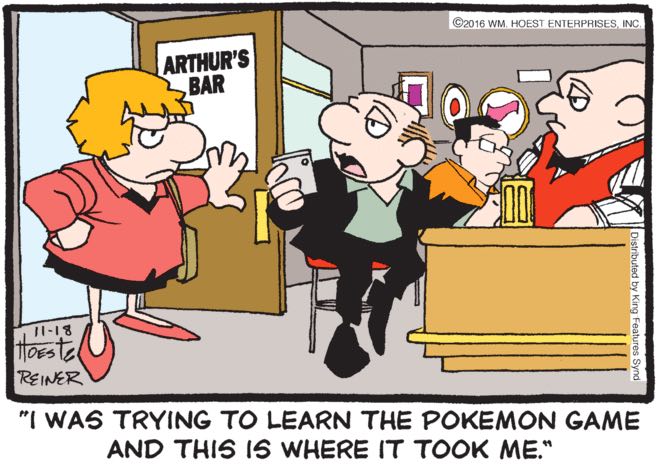 Not sure why I found this Pokémon reference so much funnier than yesterday’s in Beetle Bailey. I guess it’s because I blame Beetle Bailey being extremely late to the joke on the Walker-Browne Amalgamated Humor Industries LLC staff, whereas here I think it’s supposed to be Leroy himself behind on the times. “Uh, Loretta, uh, I’m here at this bar drunk on a weekday and I didn’t tell you where I was because of [rummages around brain, stumbles upon a thing he heard about on TV once] the Pokemon game.” (Please imagine this dialogue being read in an affectless monotone for maximum effect.)