“To Marie! To Katherine! To April, if she weren’t already missing! To Godiva Danube, except I think she’s been written out of this strip! To one of any number of other improbably busty women who’ve come in and out of our lives! But not to me! I’m a man! Men don’t get kidnapped! Unlike the teenage boys who did get kidnapped! They don’t count! That’s why I’m wearing this dumb hat and growing out my beard! To protect myself!”

Snuffy plans to put the poor tortured fighting cock out of its misery by killing and eating it, in a look at the blunt realities of life on the farm that’s maybe a little blunter than we’re used to from this strip. 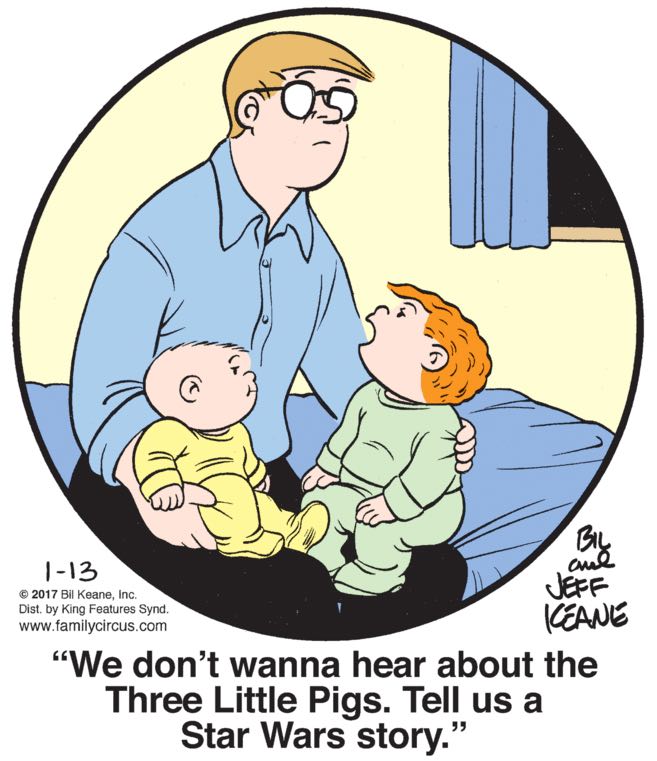 Oh, man, look at Big Daddy Keane’s dead-eyed stare. That’s a man who’s realized that you can control their screen time, you can put a wall around the Kompound, but nothing you can do can keep out … the brands.