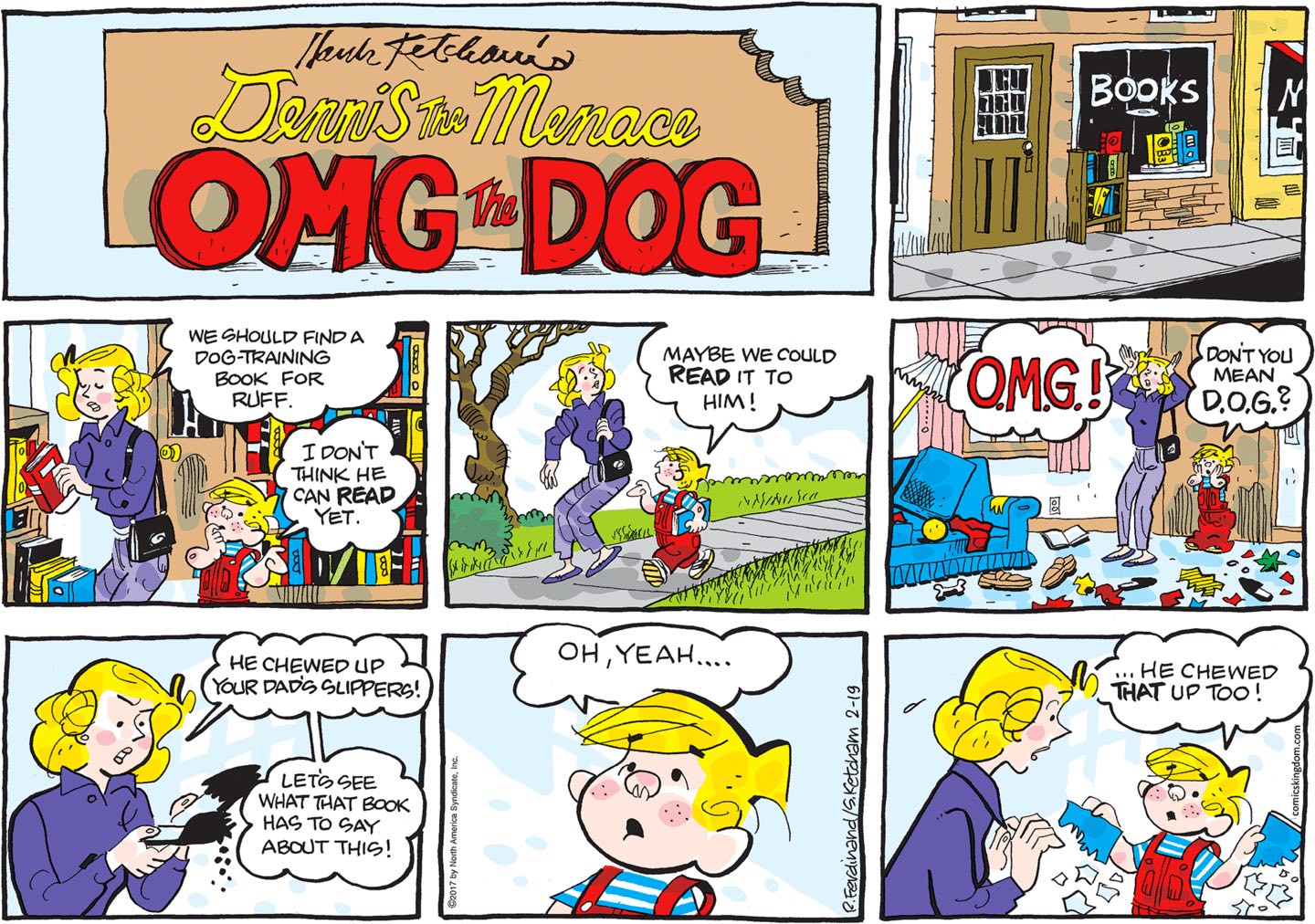 OK, so, the logical reading of this strip, up until the punchline, is that Dennis and Alice went to the bookstore, bought a book to correct Ruff’s bad behavior, then returned home to discover evidence of said bad behavior. But in the final panel, we learn that the book was already in the house, which means that between the second and third panels of the middle row, the two of them brought the book home, left it there, then went somewhere else, then came back again. Right? That’s the only way this sequence makes sense? Unless Ruff chewed the book to bits off panel, as Dennis held it in his hand! The dog’s gone mad, I say! Mad with rage! He won’t stop until he destroys everything his family owns! 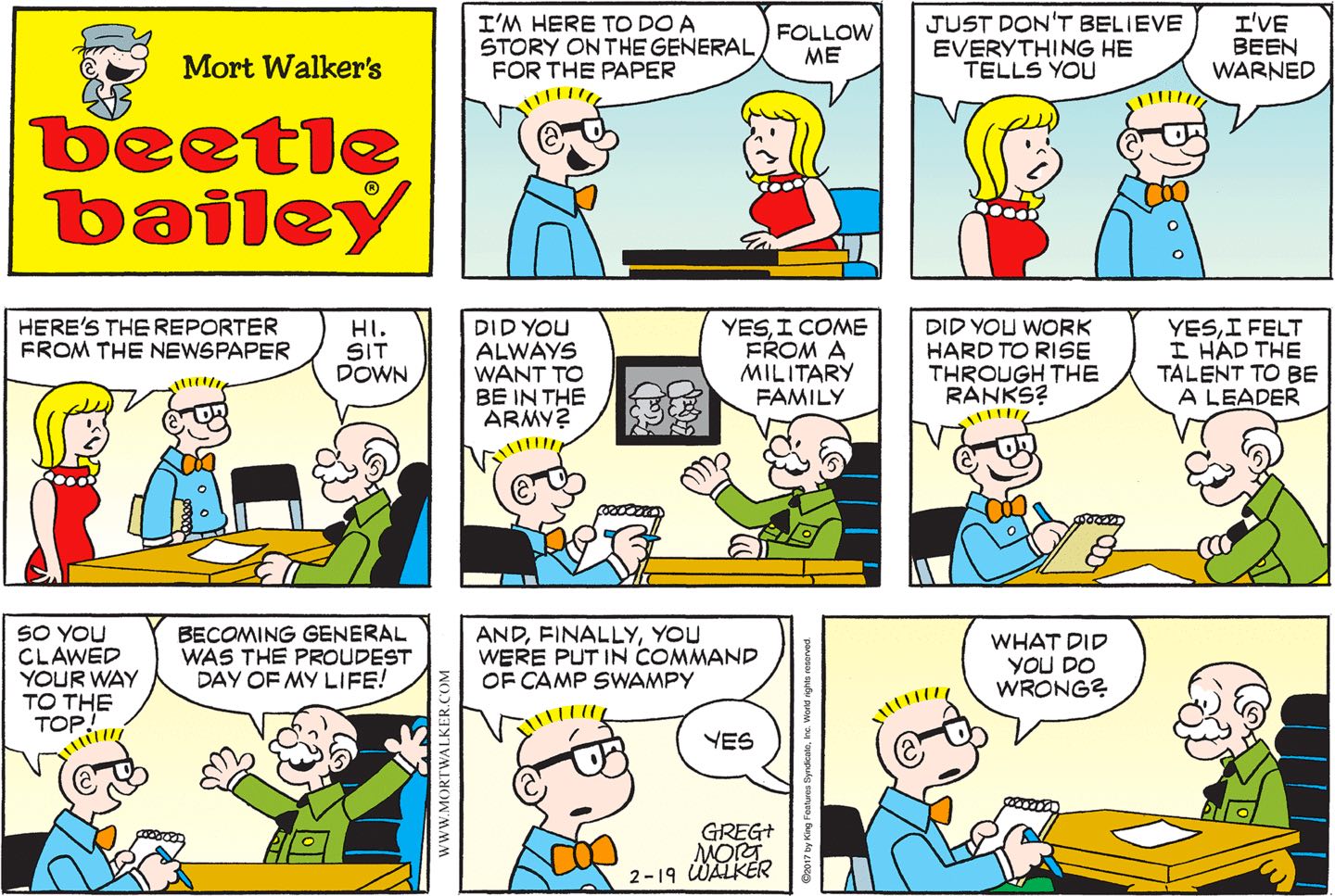 Say what you will about General Halftrack’s leadership qualities, but in the last panel in the second row and first in the third row he proves his skill in dealing with the press by cheerfully answering the questions he wants to answer, not the ones actually asked. The punchline leaves him hanging on his greatest challenge yet.