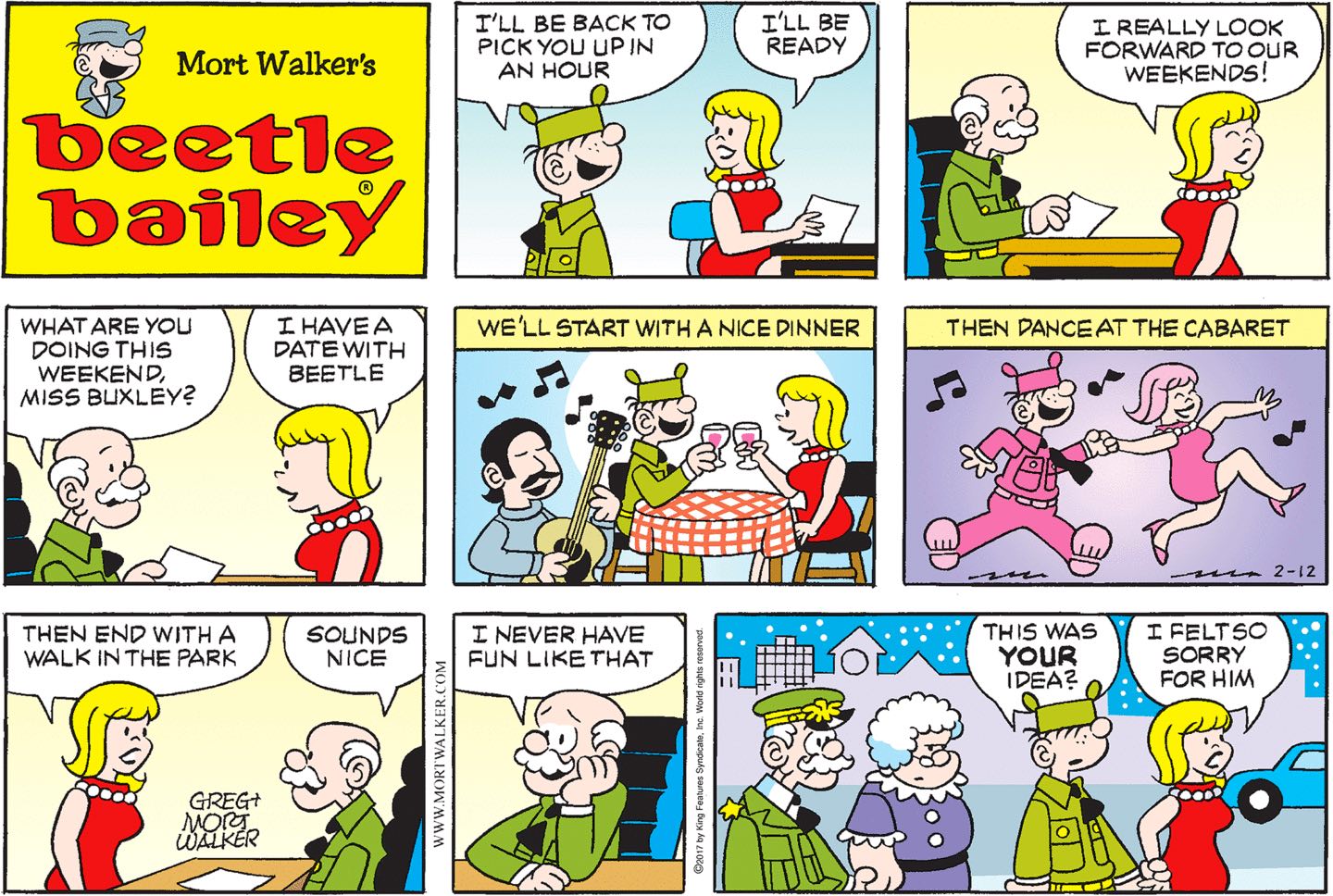 I think anyone reading this blog at this point is pretty aware that daily strips are colored for online publication by syndicate hired hands (with sometimes hilarious results) while Sunday strips are colored by the actual artists. Beetle Bailey, though, has a problem that dates back to print: Miss Buxley’s dress has always been colored solid black in the dailies, leaving us with the canonical image of her coming to work every day in a classic little black cocktail dress. It’s only during her occasional Sunday appearances that we learn that her dress is actually supposed to be red. Red! Really shifts the whole vibe, doesn’t it? Unless we’re meant to believe that she usually wears black but has put on red today because it’s “casual Friday.” Honestly, it’s kind of odd that Miss Buxley doesn’t have a separate date outfit that she’s changed into after she came home from work. It’s also kind of odd that Beetle and General Halftrack are wearing their uniforms off duty, though since the strip’s military is stuck in a Korean War-era mode I guess that’s not terribly surprising. The general at least changed up his facial expression, from workplace wistfulness to date night suicidal despair! 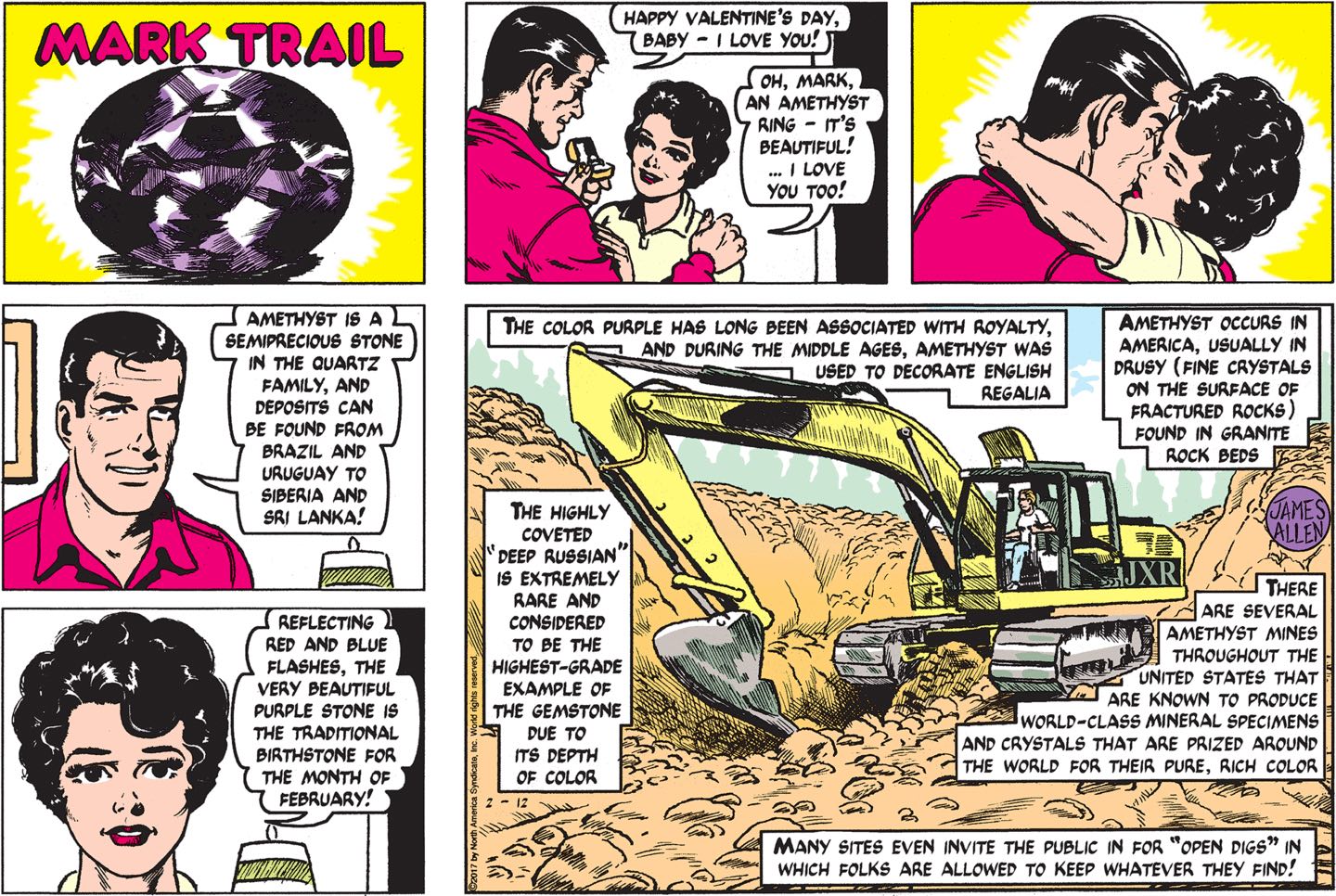 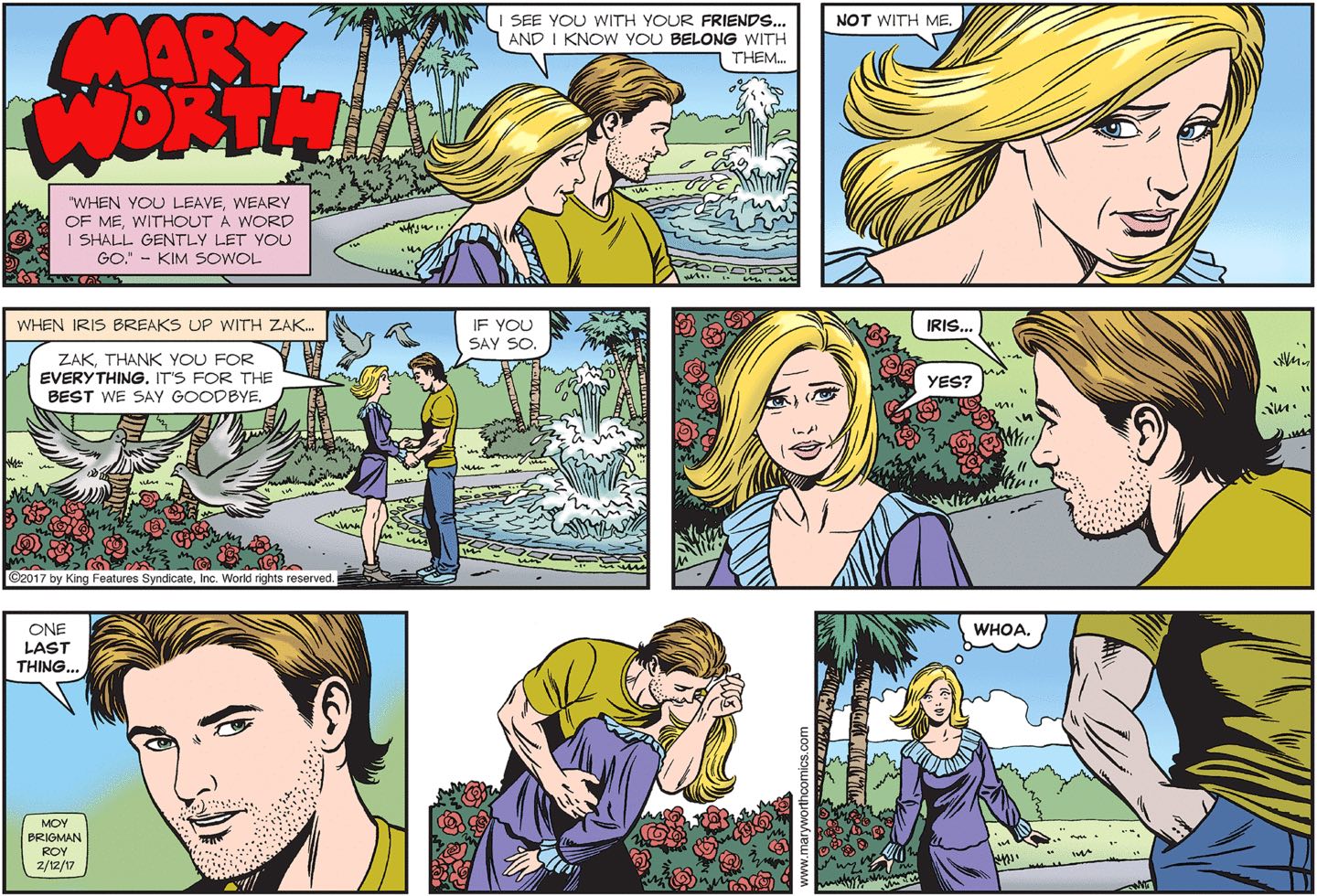 IT’S NOT TOO LATE IRIS

YOU HAVEN’T COMMITTED TO ANYTHING YET