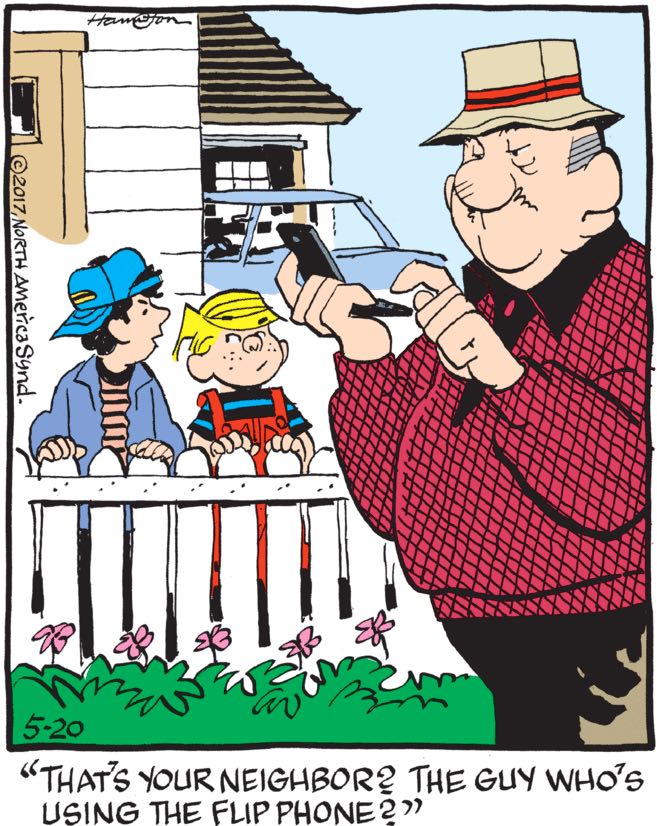 Ooh, look at that facial expression on Dennis: that’s the look of a kid who, against his better judgement and true sentiment, is about to agree with a bigger, meaner kid and mock his good pal Mr. Wilson for his low-tech ways. Dennis is about to become the most menacing things around: someone who, under social pressure from a bully, turns on one of his friends. 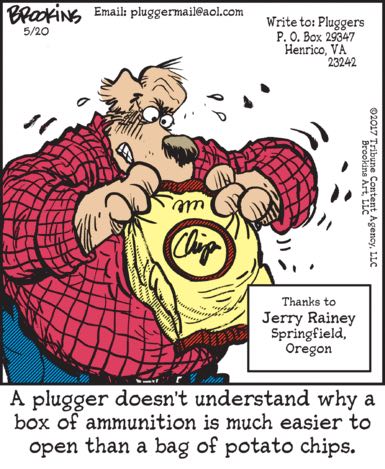 Whoa there, this panel is veering dangerously towards questioning plugger orthodoxy on the Second Amendment, which among other things dictates that boxes of ammunition should be the easiest kinds of packages to open! Anyway, this plugger’s facial expression indicates that someone in the supply chain that produced this bag of chips is soon going to be tasting hot lead; unfortunately, it’s probably going to not be the packaging engineer who designed the bag but rather the poor sap at the gas station who sold it to him. 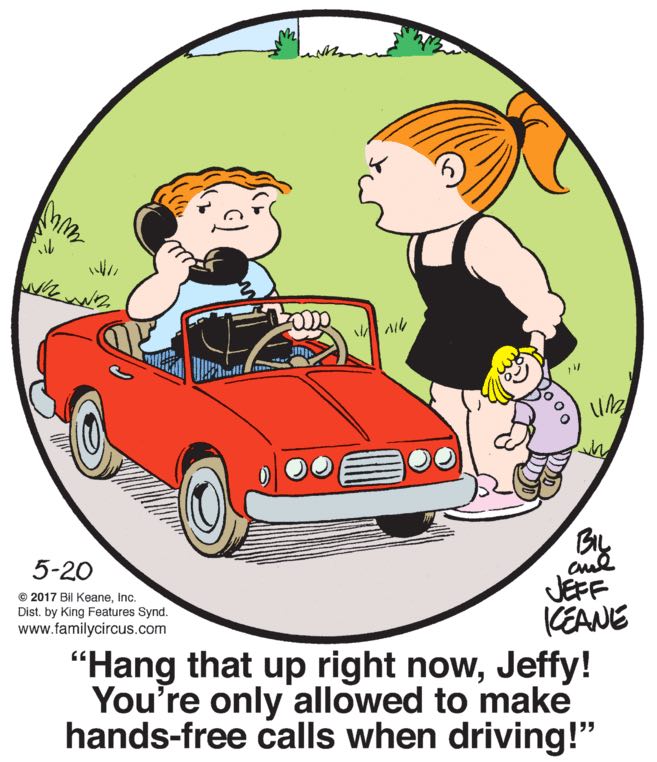 As a rule, I assume all Family Circus panels consist of repurposed art from 1975 or earlier, and sometimes when the caption refers to contemporary pop culture or technology, I try to guess what the original was. In this case, I’m thinking it was “You hang that up right now, Jeffy! Phones don’t work in cars! This is the devil’s work, do you hear me? THE DEVIL’S WORK”