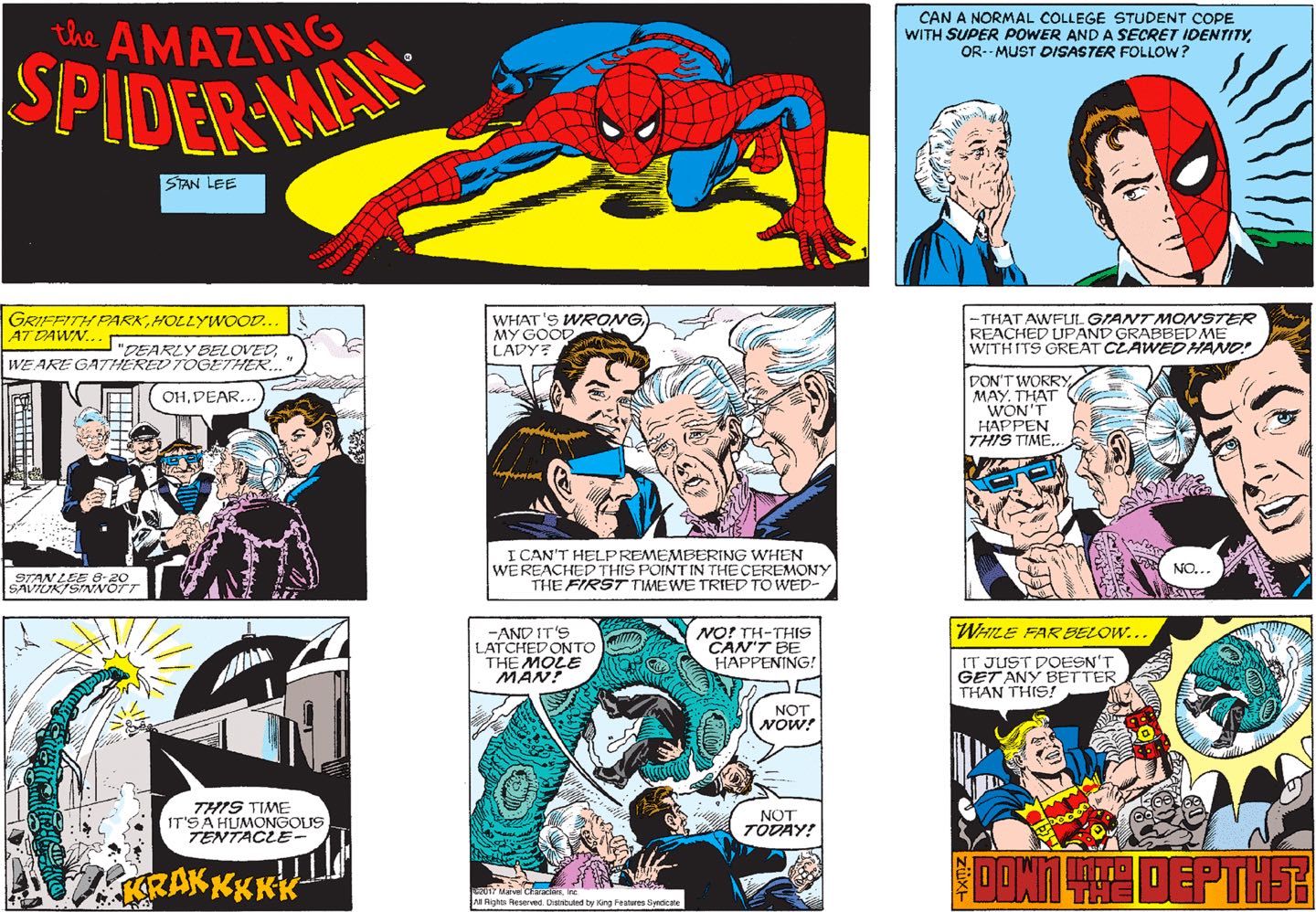 One of the great running gags of superhero comics is that it should be much, much easier for in-universe characters to figure out a superhero’s secret identity than it ever turns out to be. There are a host of reasons why the “secret” is always obvious — they’re never in the same place at the same time, their voices are identical, people look more or less the same whether they’re wearing glasses or not, etc. — but in our current case, it’s because Spider-Man and Peter Parker are pretty much the exact same kind of dick. Like, if my wizened aunt was about to finally wed her longtime beau and a giant tentacle erupted form the earth to attack the wedding party, I might be more inclined to shout “run!” or “oh no!” rather than “whoa, déjà vu much???” But that’s just how Peter Parker and Spider-Man play it.

Meanwhile, speaking of dicks, I had assumed last week that Tyrannus was shushing his army of fetish-gimps as they prepared to board some form of burrowing transport and head for the earth’s surface for wedding-ruining and subsequent conquest. But nope, it turns out this is all being down remotely, and he just wanted an audience as he gloated and pulled the big lever marked “TENTACLE.”

This throwaway-panel scene from Hootin’ Holler reminds all of us flatlanders that we should appreciate our infrastructure privilege.