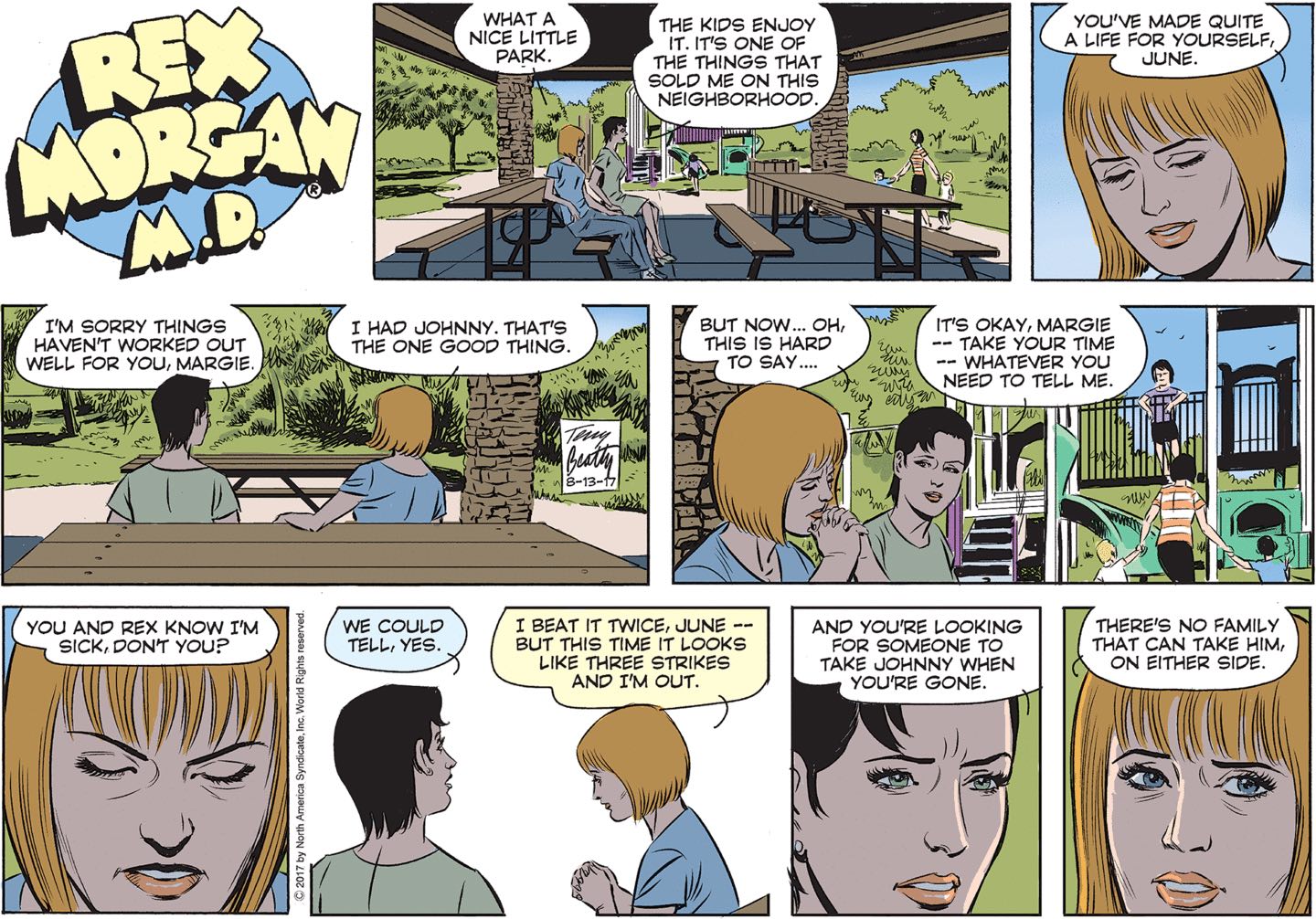 Oh my God, somehow I just now remembered that June and Rex’s pal/former household employee Heather is agonizing over the fact that her agèd, Alzheimer’s-afflicted millionaire husband is in no shape to father the baby she’s always wanted! When last we heard from her, more than a year and a half ago, June was broadly hinting that Heather knows how sex works so Heather should probably just do sex with someone and get pregnant that way. I largely forgot about this because it was a plotline from the substantially wackier Woody Wilson era of the strip, and most of those got dropped when Terry Beatty took over writing duties on the strip. But now! An adorable little baby has just fallen right into June’s lap, and surely she won’t neglect to reward Heather for her years of faithful service. The only question is: will June actually tell her desperate childhood friend that she’ll be fobbing her orphaned son off onto a gold-digging white-collar criminal who lives with her agitated and demented husband in a drafty castle in England somewhere? Or will she just wait for her friend to drop dead and then put little Johnny in the mail?

You know, the Keane house is really a character in today’s strip! Specifically, it’s like some huge, sedentary beast, its maw open and ready to feed, and Big Daddy Keane is responsible for its excretory processes.

“Tearin’ off chunks of my flesh to devour, and I’m still capable of feelin’ everythin’! It’s a nightmare from which there’d be no escape!” 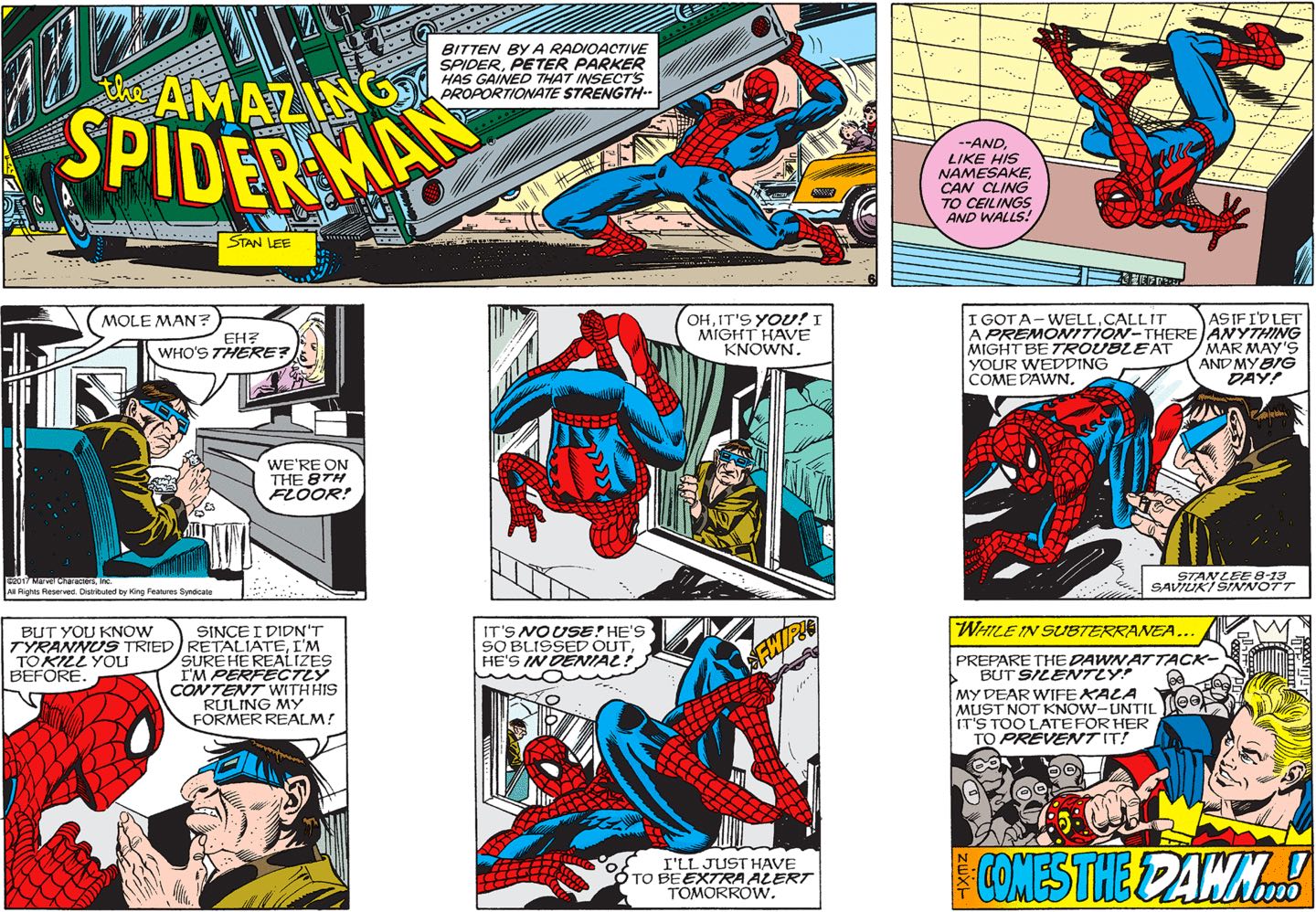 So, just to emphasize here: an immortal supervillain is leading an army of awful subterranean monsters to the Earth’s surface … to ruin a wedding, and the monsters have to be quiet, because otherwise they’ll wake up his wife, who loves weddings. I take back every mean thing I ever said about Newspaper Spider-Man. This is literally the greatest comic ever made.