Hey, remember this guy? The guy from the bank-robbing gang who was so worried about the fancy new facial recognition software the FBI has on hand? Of course you do, because the last time you saw him, way back in April, it was literally the same drawing: 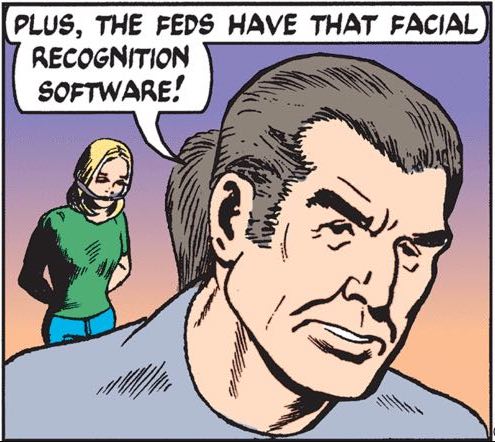 Now, I know what you’re saying: “Ha, this guy was worried about facial recognition software but he thinks he can beat it by just getting a haircut?” Well, sadly, he didn’t even do that! He just died his ponytail to match the upholstery in his plane: 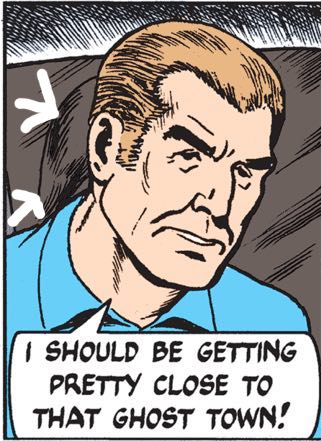 Anyway, I’m not sure why, if the bank-robbing gang had access to a plane, they didn’t just all get in the plane to escape, rather than one guy getting in it and the other two taking the money and a hostage to a remote airstrip and meeting up with the plane guy there. I guess that’s why I’m not in the bank-robbery game! Too many moving parts for my feeble intellect!

There’s so much that I don’t understand about what’s going on here. Is there an occasion for this strip, in which Hi and Thirsty are suddenly taking the subway home with Leroy Lockhorn, Walt Duncan, Greg Wilkins, Homer Simpson, Mario, and … an Orthodox Jewish (?) character in the foreground I don’t recognize? Is there some common theme holding these guys all together, other than “they’re from cartoons, or, in the case of Mario, a video game?” Aren’t crossover events usually cheerful affairs? Why is this one built around a totally unrelated “joke” about how Hi and Thirsty feel unmoored and adrift in life, with everyone looking extremely depressed? Why does Walt look so disheveled? Why is Homer given a standard white-person flesh tone rather than his native bright yellow? Why are Thirsty and Hi on a train when they’ve always been depicted as driving back and forth to their pedestrian-hostile suburb?

Funky Winkerbean: You Always Swore You Were Going To Get Out Of This Town, But Somehow You Never Did™!