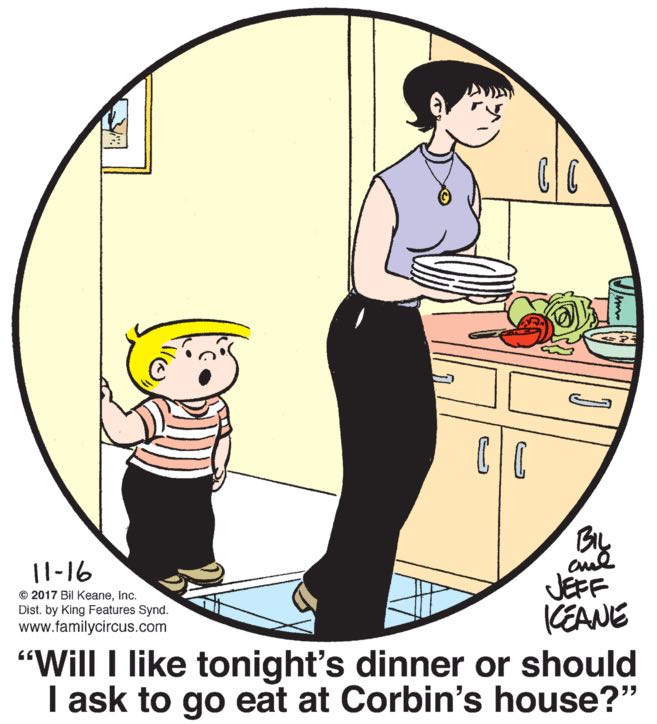 I have to admit that I’m extremely hung up on Billy proposing to go eat at the home of someone named “Corbin.” Corbin? Is this a thing that Americans are naming their children now? I of course immediately turned to the indispensable Baby Name Wizard for answers, and learned that Corbin has seen a huge uptick in usage recently, beginning the 1980s (presumably with the fame of L.A. Law heartthrob Corbin Bernsen) but really hitting new heights in the 2010s, so … it’s possible? Still, that’s all relative: in 2011, 475 out of every million boys born in the U.S. were named Corbin, whereas William, which has plummeted in popularity from its late 19th century peak, is still bestowed upon boys around ten times as often.

It’s also possible that this is a reference to British Labour leader Jeremy Corbyn, and Billy represents young people turning away from neoliberal austerity policies and towards the promises of socialism. The name “Corbin” derives from the Old French word for “crow,” so we can’t rule out the possibility that Billy is has joined a bird-cult and feels unstoppably drawn to the great Nest of his sinister Raven God, to feed.

Dick Tracy just doesn’t serve up graphic, violent deaths on the regular anymore, so it’s good that Mark Trail has stepped into the breach, showing us a man about to be horribly killed by a tornado. Looking forward to him hurtling downward, screaming in terror, his ponytail flapping wildly behind him, until he makes a neat, viscera-filled crater on the ground of ghost town, right in front of Mark and everybody else.

Crock: The Strip Where The Cacti Don’t Fuck Anymore™