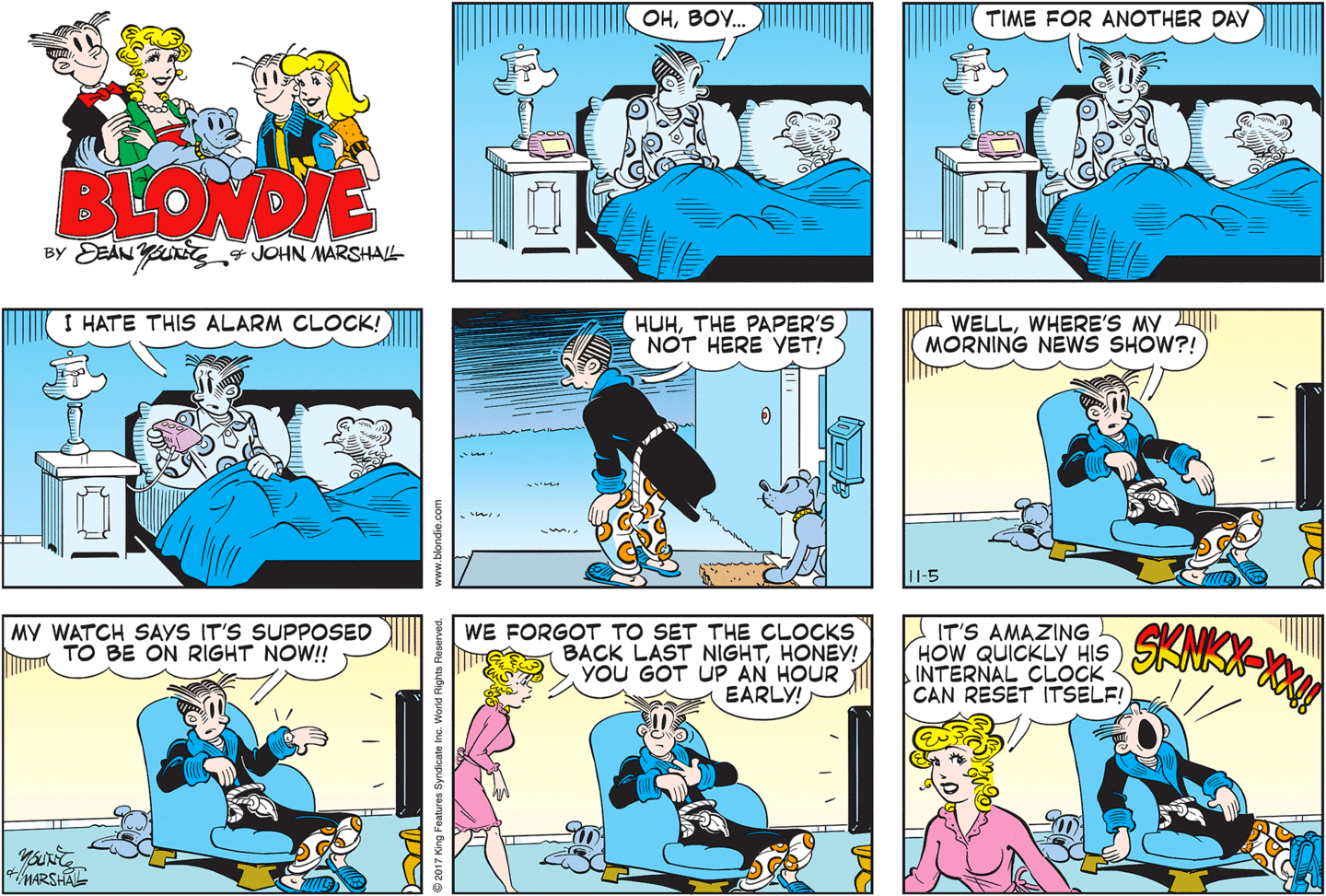 Wow, generally I think of Dagwood as being pretty cheery and not at all prone to self-reflection, so it’s kind of amazing amazing to see him waking up in the dark and staring out at the reader saying “Time for another day” in genuine despair. The only thing Dagwood really consistently dislikes is work, and this strip is canonically happening on a Sunday! Today is a harrowing look at the yawning emptiness at Dagwood’s core, the one he can never fill no matter how many sandwiches he stuffs down his gullet. In the final panel, he learns about the Daylight Savings Time mixup and realizes that at least it’s socially acceptable to escape into the blankness of sleep for another hour. 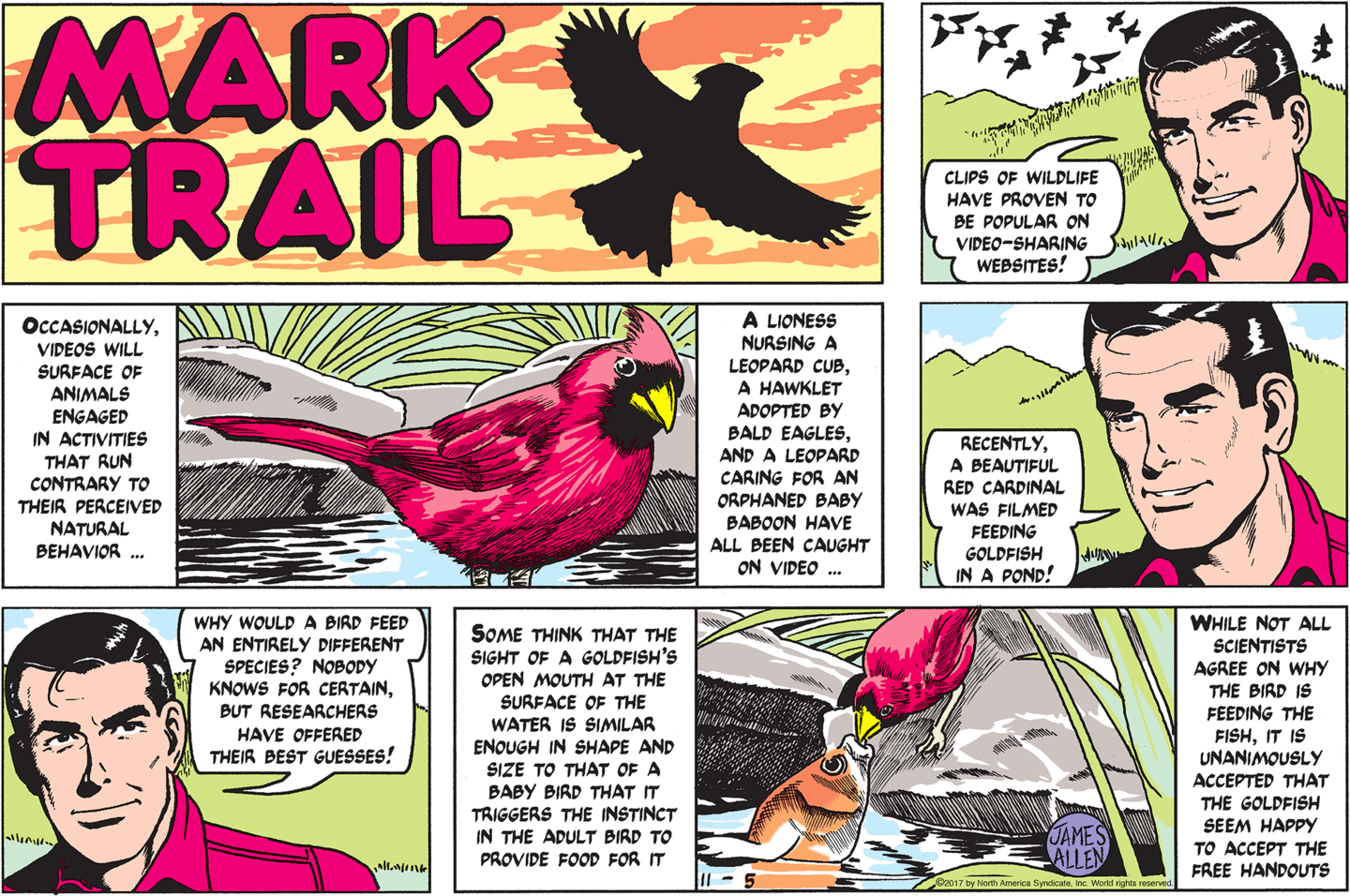 Ha ha, that got grim, didn’t it? Uh, well, let’s cheer up with Mark letting us know that sometimes animals do weird stuff, and it “goes viral” online! Can anyone explain why it happens? Mostly not! Mark, innocent lamb that he is, believes the scientists who tell him this bird’s mothering instincts were triggered by the fish’s mouth-hole. Here’s the truth, Mark: they’re kissing. That’s what kissing looks like. I know you think you need to work your way up to that with a rousing game of “got your nose”, but you’ve got to understand, these are animals. 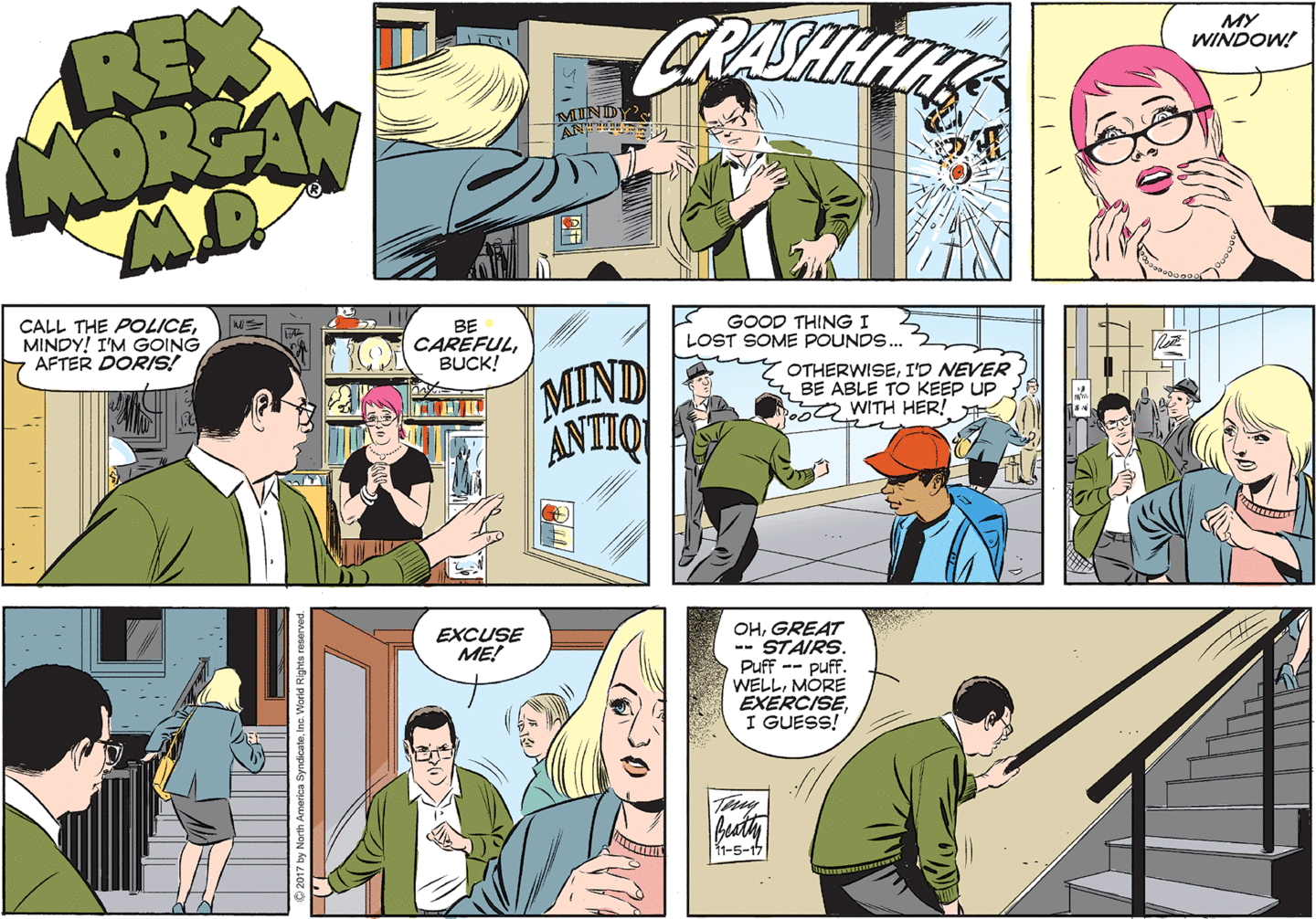 Our hero Buck has come a long way since he became dangerously dehydrated from walking around a comic-book convention. But today he’s facing a foe that will challenge all the physical conditioning he’s been doing since then: stairs. 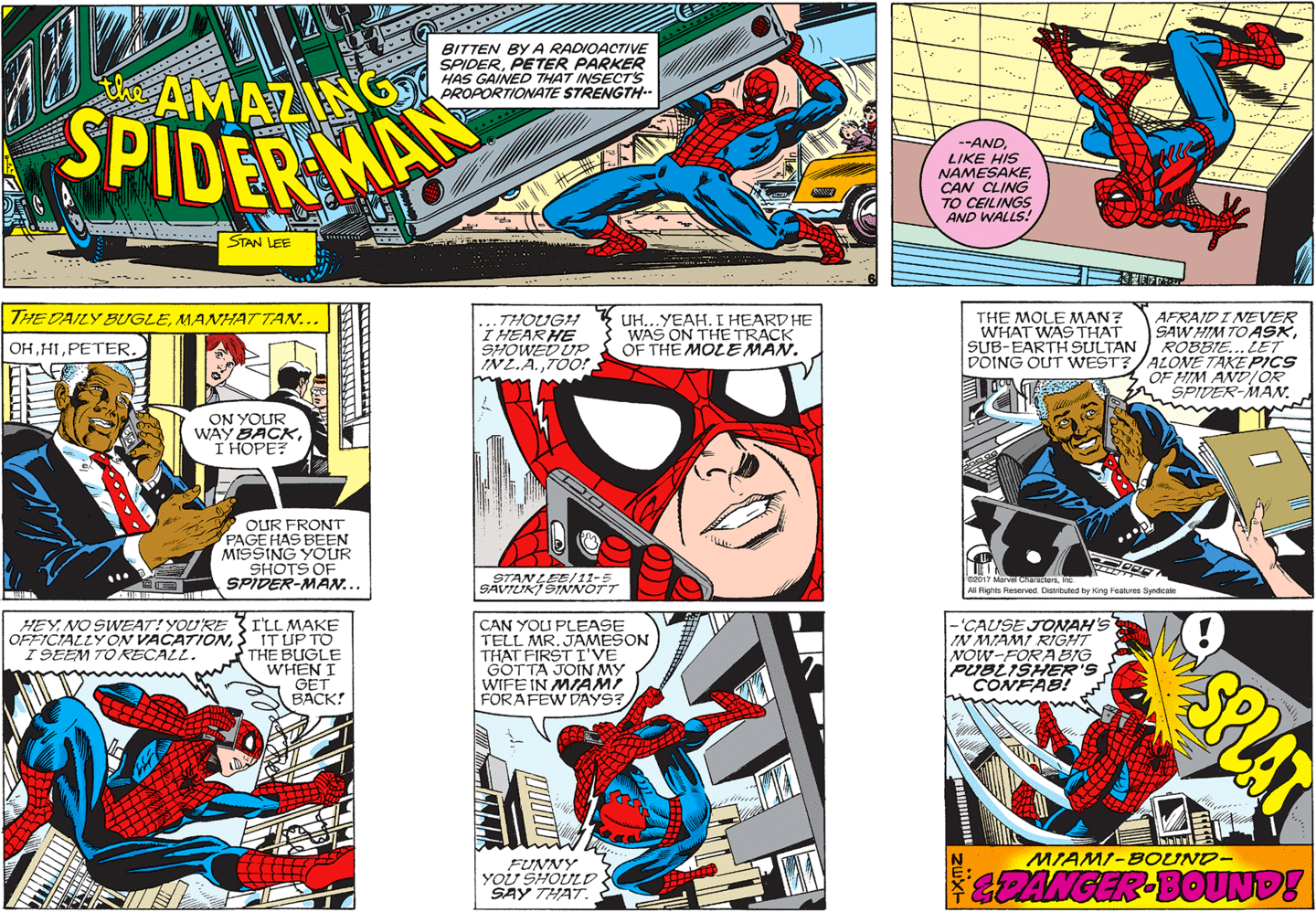 THIS IS THE GREATEST DAY OF MY LIFE