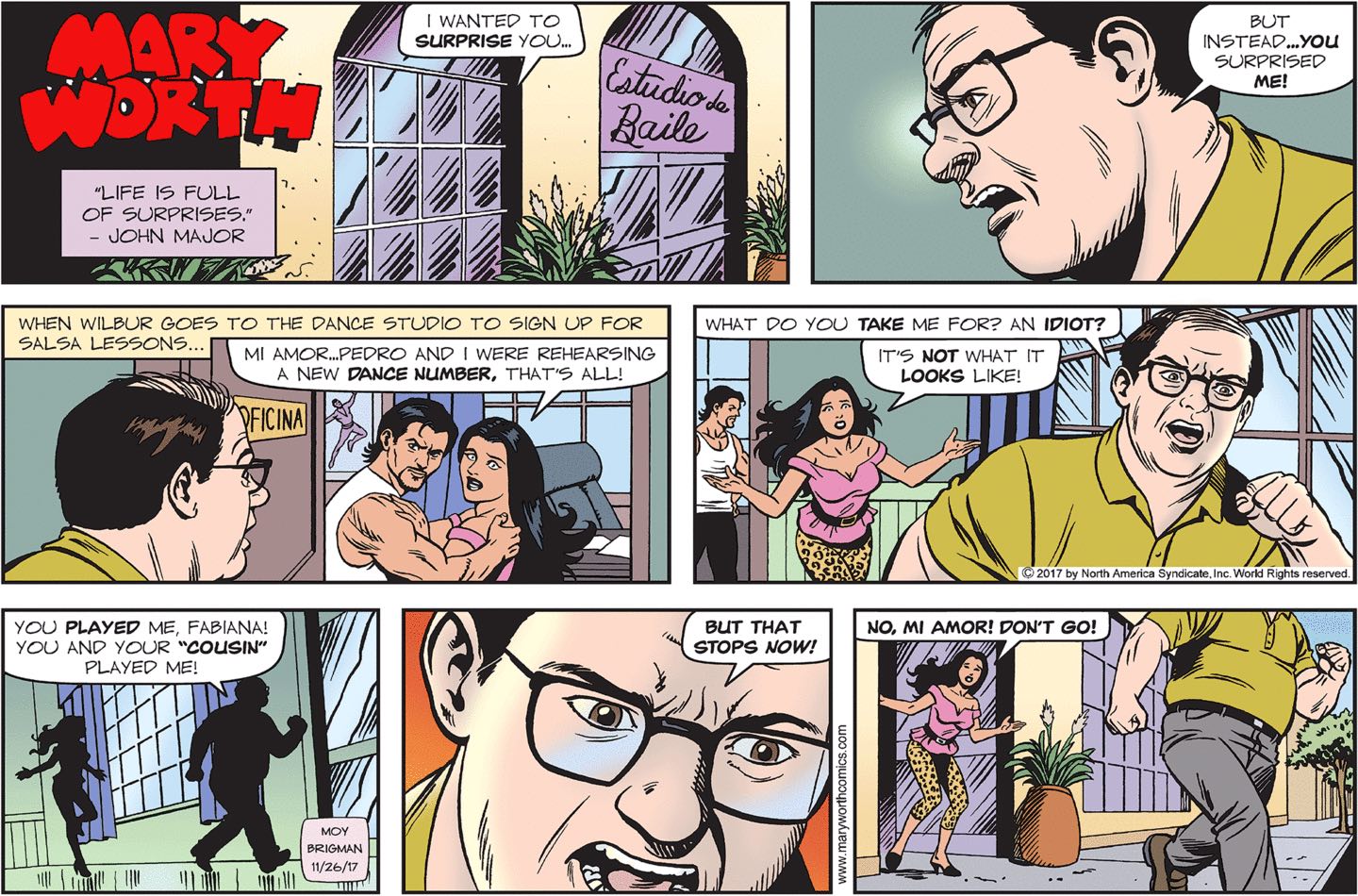 This is typical wrap-up Sunday Mary Worth with no plot forward motion, but I have to admit to being intrigued by the quote-of-the-week, putting a phrase that probably millions of humans have uttered into the mouth of former British Prime Minister John Major, who probably said it at some point. Does this presage future plot points? Will Wilbur return to Santa Royale and discover that Mary Worth, the “Iron Lady of Charterstone,” is becoming less and less popular, and manage to maneuver things so that he becomes condo association head (surprise!) despite having publicly backed Mary throughout the whole process?

I think there’s a lot to say about how Thanksgiving, which once represented an occasion to thank God for bountiful harvests in an era when nationwide food scarcity was an ever-present threat, slowly became an orgiastic, gluttonous rite as we moved into a less religious age of mechanized agriculture and endless food surpluses, and that shift is reflected in our iconography of the holiday. But until I get around to writing it, just enjoy today’s grotesque celebration of the season, in which armed turkeys intend to murder Slim and feast on his flesh and organs. 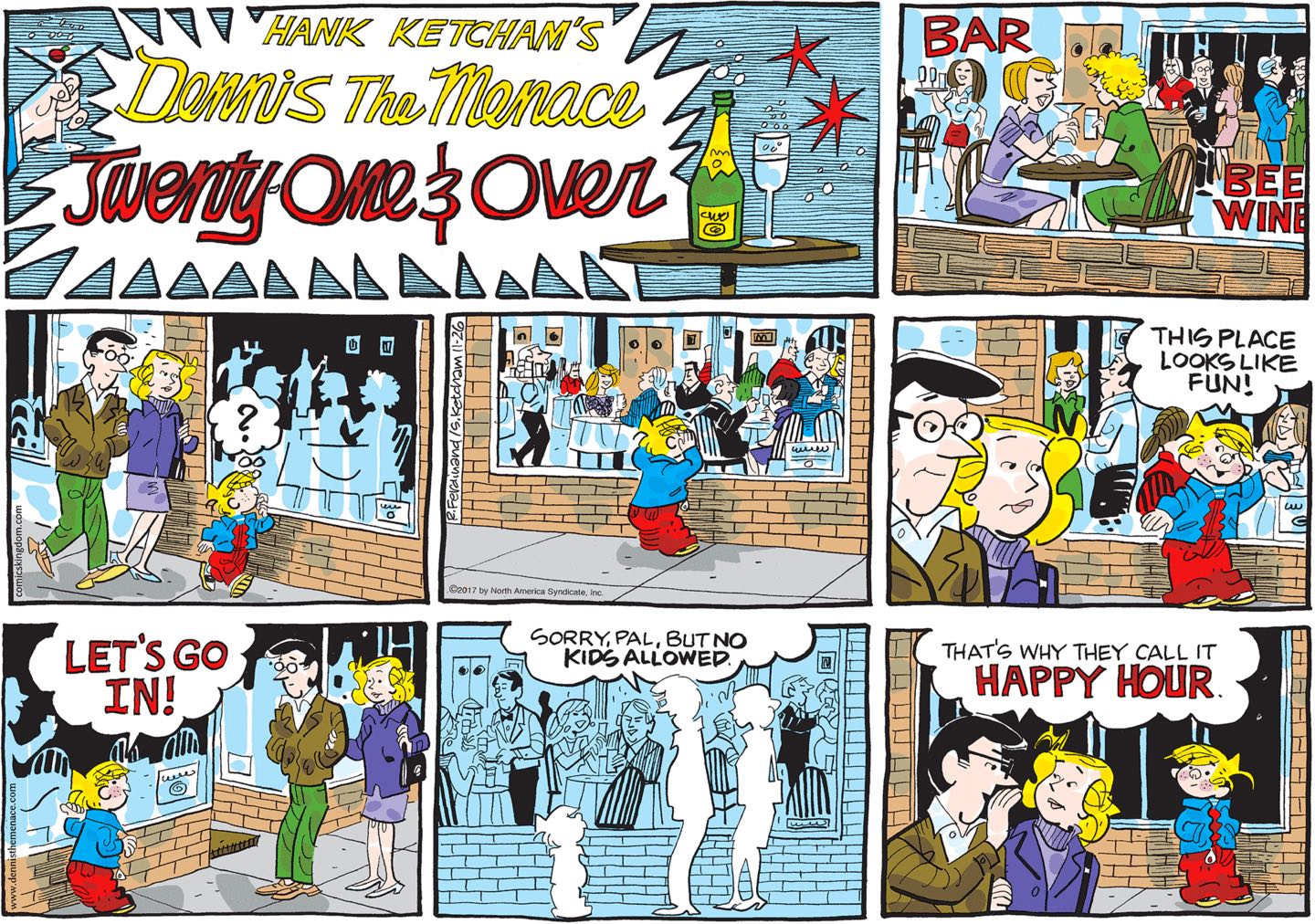 Sure, this is a trip about how much Dennis can’t wait to drink and party like a grown-up, but definitely the most menacing part is how the boldface in the final panel indicates that Henry is 100% stage whispering, clearly intending to let Dennis know that in his opinion the birth of a child is the death of fun.