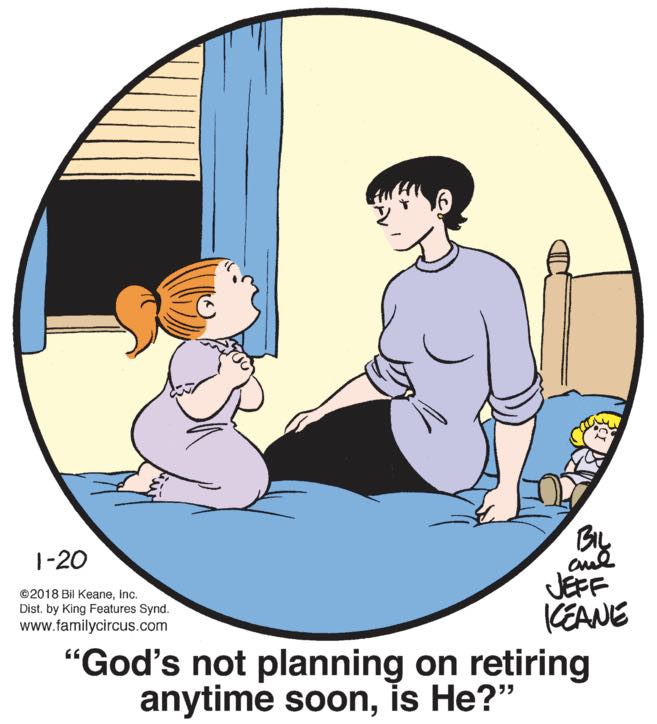 In less than two weeks, Dolly’s anxiety has escalated from worries that God is ignoring her to worries that God will soon abandon His creation entirely! Mommy Keane looks concerned, possibly over Dolly having intrusive and unhelpful thoughts but also possibly because she fears the child is a prophet, and the prophecies she has for us are terrifying.

You know, ever since Terry Beatty took over this strip, it’s been a little less of a blatant series of wish fulfillment scenarios for the Morgans, but I have to imagine that they still appreciate the outcome of this conflict: with their antagonists making an appointment with their lawyer so they can grovel for forgiveness in person.