Dick Tracy is one of the lucky few sci-fi-ish franchises that have run so long that they’ve seen real life overtake their signature gee-whiz future tech. Just as Star Trek’s 1960s-era communicators look ludicrously bulky compared to the actual communication devices of the year 2018, Dick Tracy’s signature wrist wizards are basically everyday technology in the ’10s. Whatever advantages they have in sleekness (presumably they don’t need to sync to a cell phone) or style (is that an analog clock taking up a good quarter of its UI?), they lose a million points for subtlety, especially if, for instance, they’re being used by an police officer working deep undercover within the criminal apparatus. It looks like T-Bolt (actual name “Lee Ebony,” and I’ll leave it up to you as to which is more cringeworthy) should’ve just used a burner phone from 7-11 like a normal person.

Hey, uh, do the first two panels in the second row imply what I think they’re implying? Gasoline Alley HQ is going to find itself on the receiving end of a Blue Lives Matter protest in short order if so.

Oh, snap, sexists, I bet you failed to figure out this mystery because you forgot that girls can be gamers too! This is like that “the surgeon was his mother” riddle, but updated for our current era (our current era, it goes without saying, is extremely stupid). 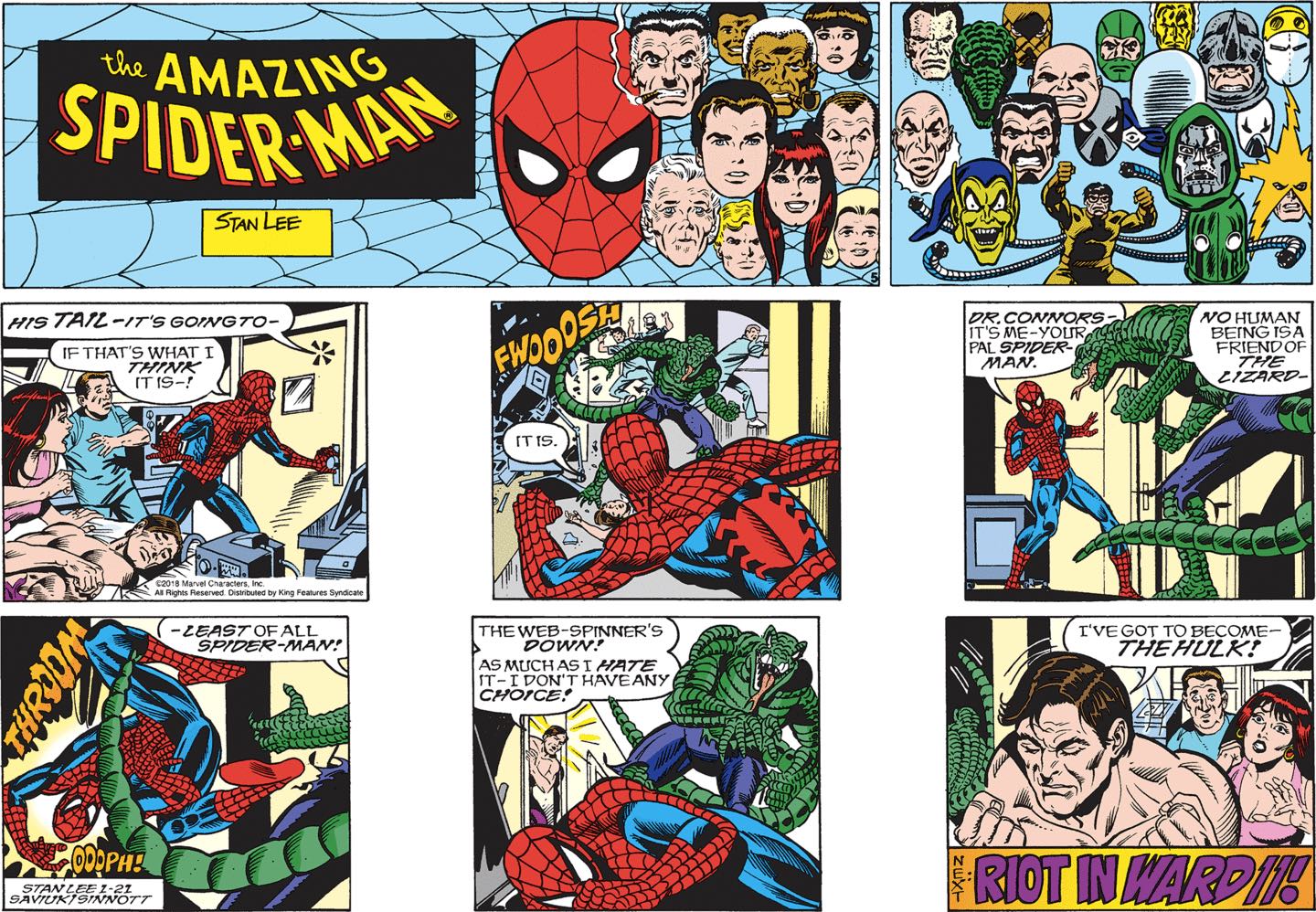 Finally, after months of build-up, it’s time for the super-powered battle between Spider-Man and the Lizard that we’ve been waiting for! [one panel later] Ah, well, uh, let’s see if the Hulk can handle this.