I assume that, like just about any working artist, Mopey Pete has a website with his email address on it. Soooo, the Chiseler … knows that email is private, right? That just because an email uses the infrastructure of the internet to deliver its message doesn’t mean that sending an email is the equivalent of posting it on Twitter or whatever? Does the Chiseler think that “the Internet” is just, like, a guy you whisper things to and he passes them along or makes them public, at his whim? 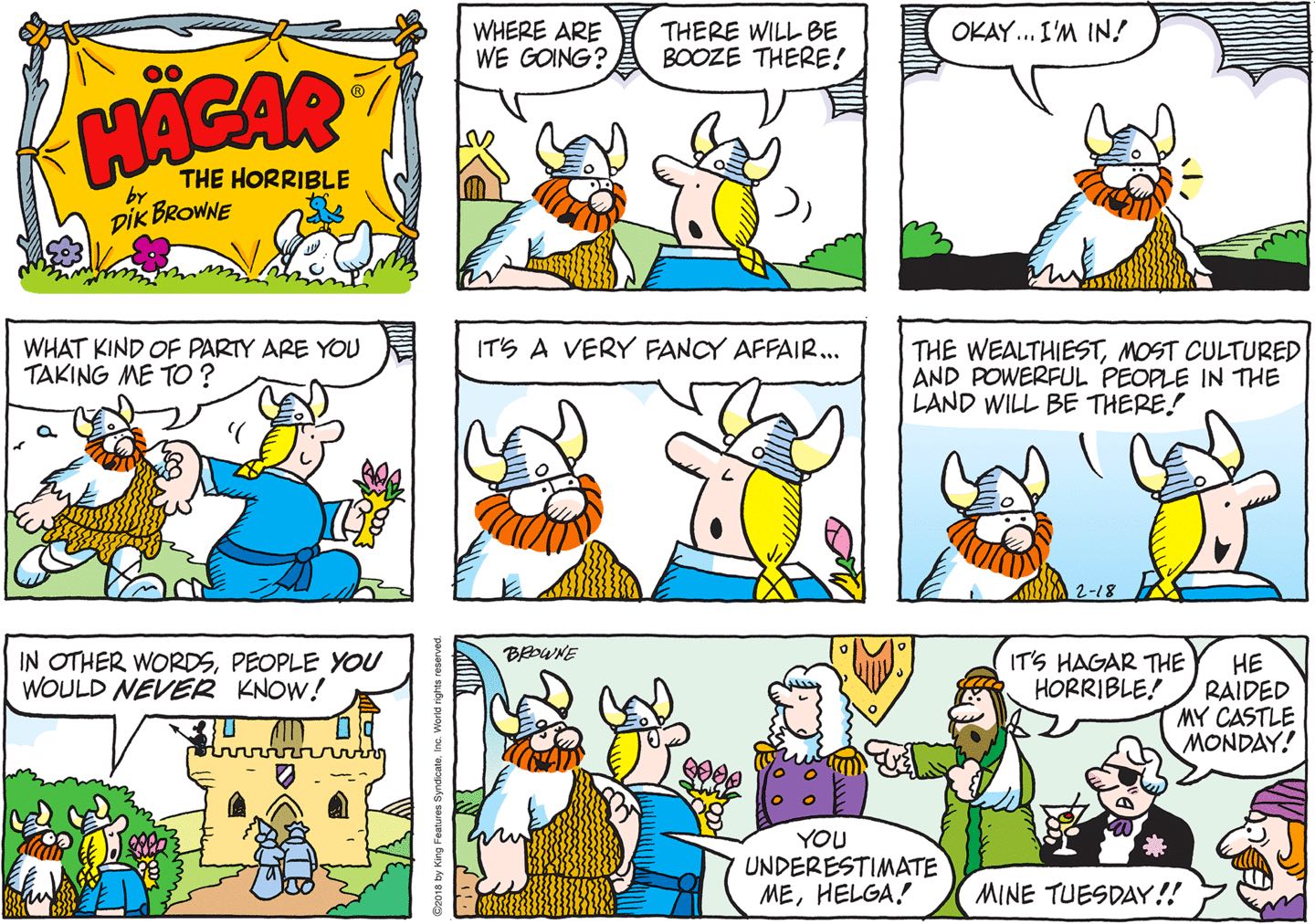 I genuinely appreciate that this strip has graphically illustrated the violence that Hagar’s men have visited upon these local magnates in their insatiable lust for plunder. The dude in the cravat lost an eye. An eye! Look how satisfied Hagar is at having half-blinded him — with an arrow or a knife or maybe his thumb — earlier this week! 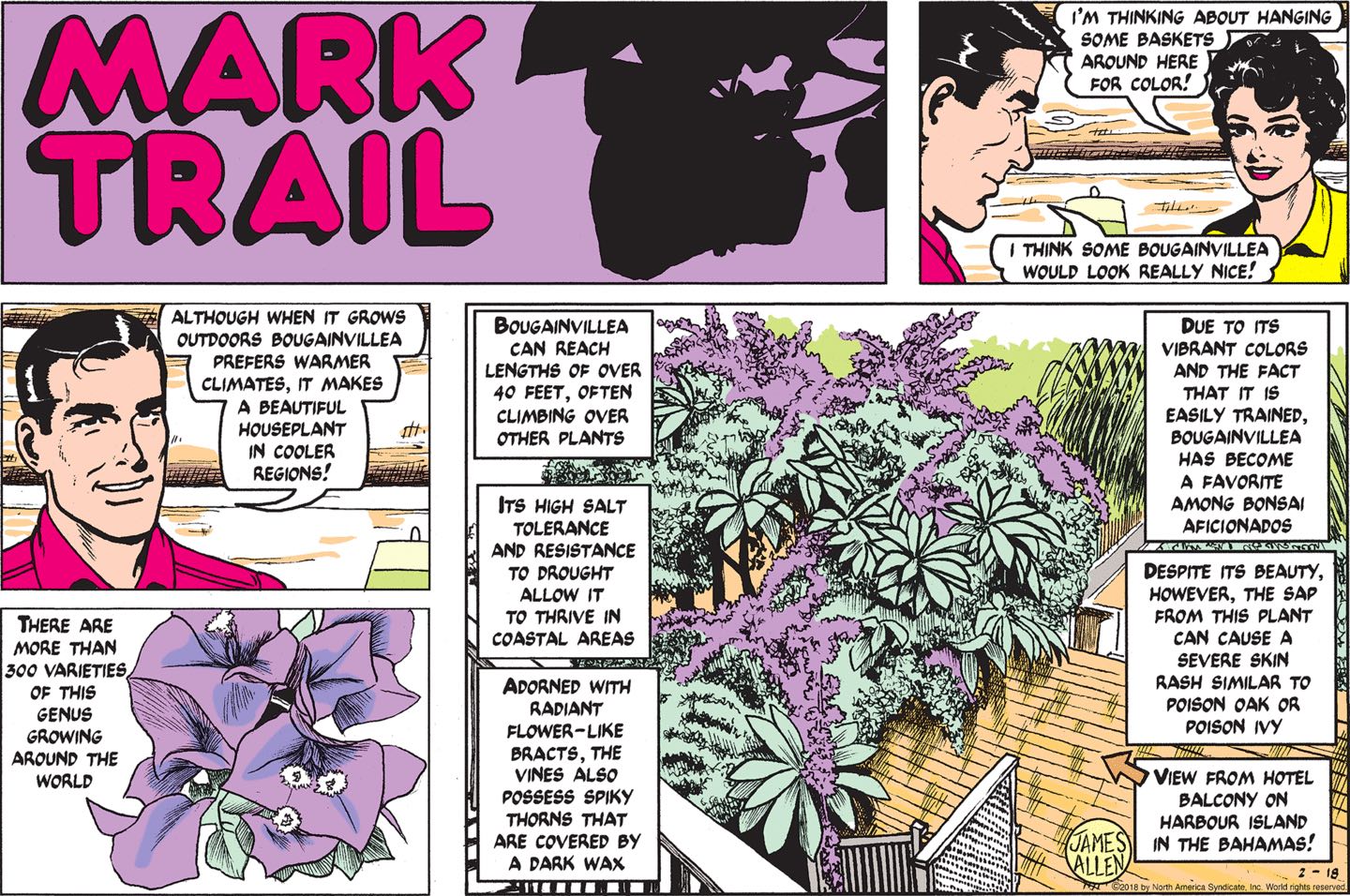 It’s nice to see that, after decades of living in a rough-hewn forest cabin, Cherry has finally decided to do a little decorating beyond just nailing rugs to the wall at weird angles. On an unrelated note, did you know if you were paid to draw the view from — just as an example — a hotel balcony on Harbour Island in the Bahamas, the amount of money it took you to pay for that hotel, as well as to procure transportation to and from that hotel, would be considered a business expense for tax purposes? Just putting that out there!