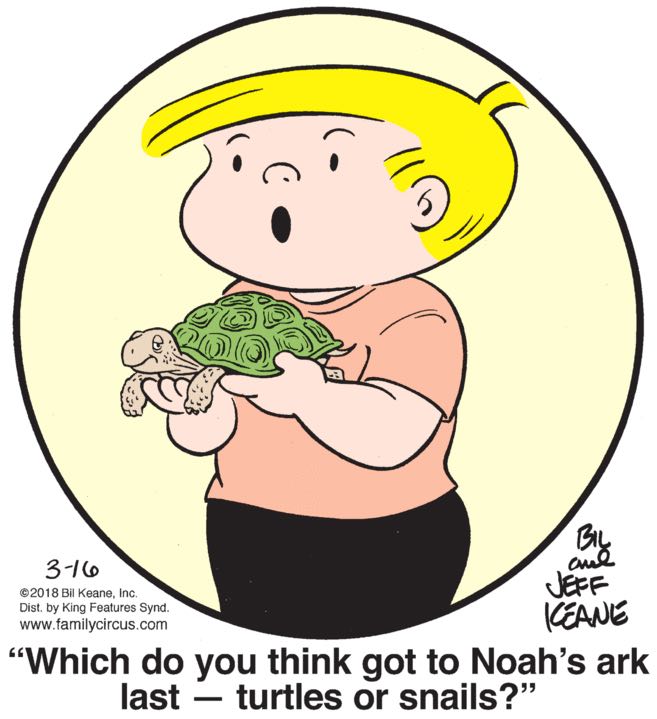 God damn that is one smug looking turtle, you guys. It’s like he’s thinking to himself, “I might’ve been late getting on the ark, but at least I got there, if you follow me? Eh? Eh? Behemoth and leviathan? This guy knows what I’m talking about.”

I don’t know if that dagger is military issue or if it’s something Sarge ordered from some creepy-ass knife catalog like the ones my elderly neighbor got and used to show to me without me asking or indicating in any way that I wanted to see them, but I love the fact that he’s got what’s clearly meant to be a vicious weapon for close-in combat and using it for an act of joy, which is to say hewing off chunks of a giant sandwich that he’s gorging on continuously over a 24-hour period.

are going to defeat Marty Moon

in the marketplace of ideas