Today’s Shoe is one of those strips that really drives home the care that’s been put into coming up with grotesque chimeric body plans for the strip’s bird-people characters. There’s something in particular about putting clothes on them that drives it home: the Perfesser, in particular, is very obviously not wearing pants, as that would make the fan of tail feathers emerging from his suit jacket impossible; one must assume, in panel one, that his tie, too long for human fashion, is in fact meant to be decorously draped over his bird-junk. His “sexy” interlocutor, in constrast, exhibits a number of mammalian characteristics — not just the hourglass figure, but the long cascade of hair, plus the feminine eyelashes protruding so far from her face that they’re visible when her eyes are not, though their very troubling length seems to imply that they’re fake. Maybe her hair is too! Maybe all the non-bird-features on these creatures are in fact cosmetics or surgical enhancements, adding status in their weird bird society! God, this strip is an endless nightmare.

I guess I’ve made my peace with the fact that Mark and Cherry showing off their hot bods is something this strip is going to do from time to time, but I will not sit back and accept the fact that Rusty is ripped. When he looked like Ted Cruz but somehow also handsome that was bad enough, but those pecs? Too far. 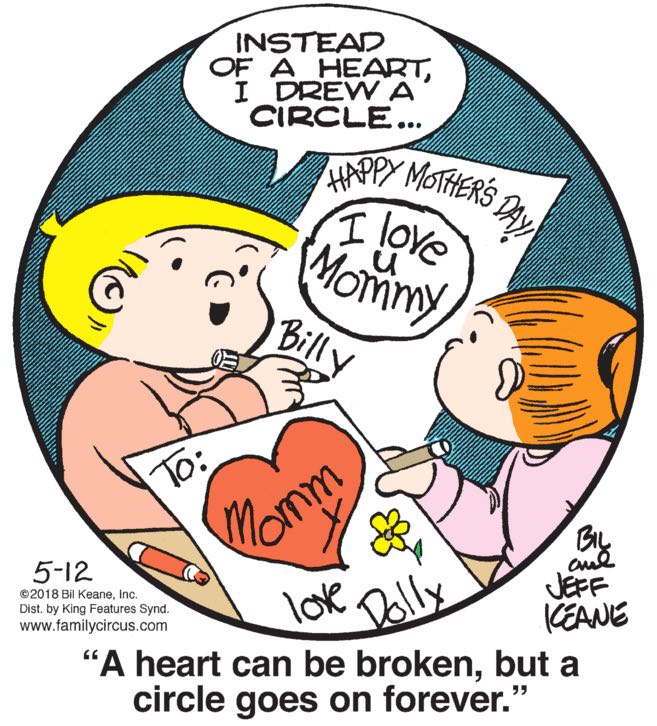 “Instead of a heart, I drew a circle because all our misshapen human organs will be replaced by a powerful, glowing orb when The Change comes!”