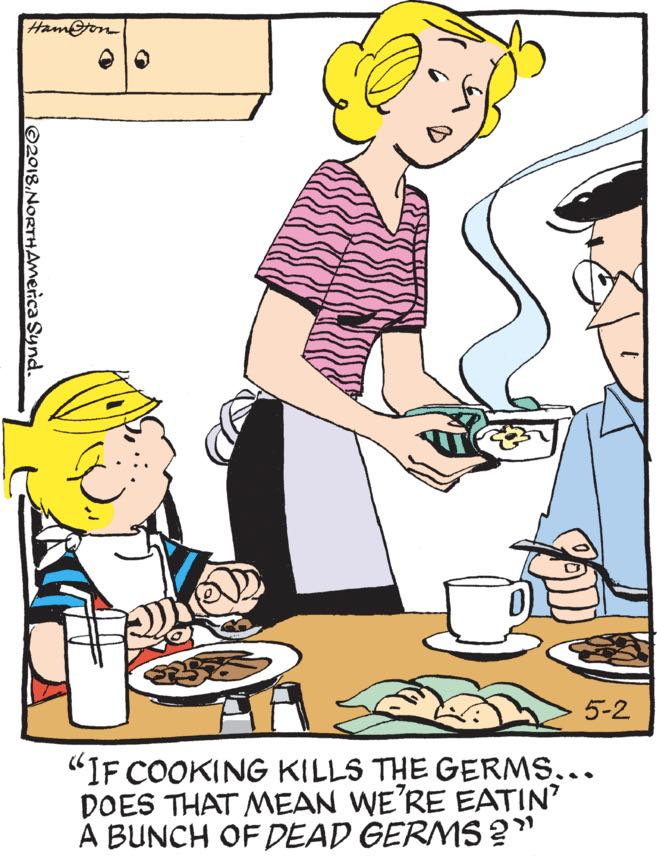 Ha, yes, Dennis, we do exist in a world of corruption and decay, where we ingest not only the cooked and dismembered corpses of our fellow beings but also the dead microorganisms that once hitched a ride on, and in, their bodies, a slurry of organic matter from a thousand different ecological niches, most of it invisible to us. This is what being an animal is, of course: you eat other things that used to be alive. Like most of Dennis’s menacing, today’s incident is just ripping the polite mask off of our brutal, grotesque, and complex reality. 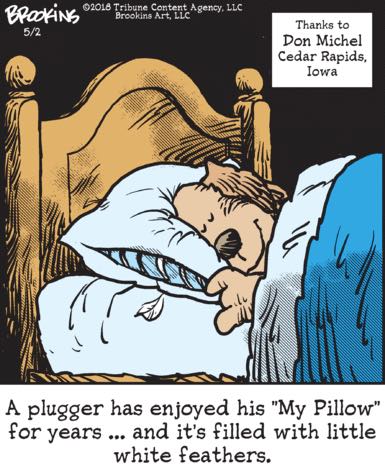 One thing that I will always say when I try to explain why Pluggers annoys me (and I seem to annoy other people when I say it, but so it goes) is that it’s smug. Not always, but often! The not-so-subtle implication is that these salt-of-the-earth folks are better than you, you big-city elitist, somehow simultaneously simpler but also smarter. Today’s a great example: A plugger just sleeps on an ordinary pillow filled with feathers and not … some presumably much more suspect alternative to this? Yes, if you’re like me, you had to Google “My Pillow” to discover that it’s a poly-foam pillow heavily advertised on late-night infomercials, marketed by a company that was forced by numerous lawsuits to stop making various specious claims about its health benefits. Anyway, who’s morally superior? Pluggers, who are extremely smug about not having been taken in by the “My Pillow” scam that they’ve seen advertised endlessly? Or me, who’s never heard of it in the first place because I don’t watch infomercials but instead spend my aimless late nights reading articles about subway systems and 18th century wars on Wikipedia???? CHECKMATE PLUGGERS!!!!!!

So Marvin is sucking the life force out of his grandfather so he can remain forever an infant, un-potty-trained for all eternity? Sounds about right!