Oh, right, so it turns out Sawtooth wasn’t at Rocky Horror for fun, but for work, his work being to bite Ygor Glitch to death, in a room that isn’t exactly brightly lit but is very crowded and probably if some dude had his throat suddenly torn open by some other dude’s metal teeth … I dunno, people would notice? Exactly how orgiastic and crazed does the Dick Tracy creative team think Rocky Horror showings are, anyway? Having been to one, I feel confident in saying that a particularly gruesome murder would draw some attention. What does ring true is that the Rocky Horror kids would snidely refer to Dick by the actually funny name of the in-universe comic strip about him, which was a thing that I had forgotten was a thing but is honestly great.

Look, Hagar, I get that, after a hundred savage raids in your life, you’re bored with just stabbing people to death. But how many people have you managed to kill or paralyze by hurling them from the top of their own castles, while Eddie and the rest of your men go at it with their swords? Is this really the most efficient way to go about this? 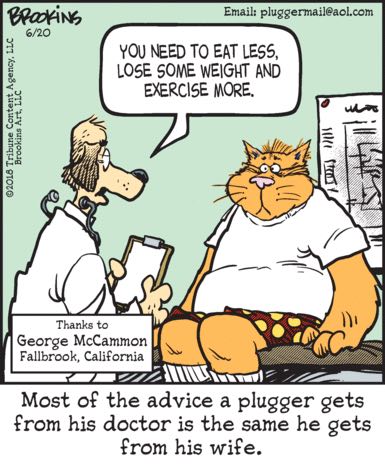 I’m pretty sure the plugger cat-man doesn’t have a wife? That may be why he looks so startled here. He’s never heard any of this before!