Mary’s “I am aware” is pretty hilarious in and of itself, obviously, but it also gives me a great opportunity to remind you of when Mary first became aware of Tommy’s anti-social tendencies, when she smelled him smoking his marijuana cigarettes, through Charterstone’s apparently interconnected ventilation system: 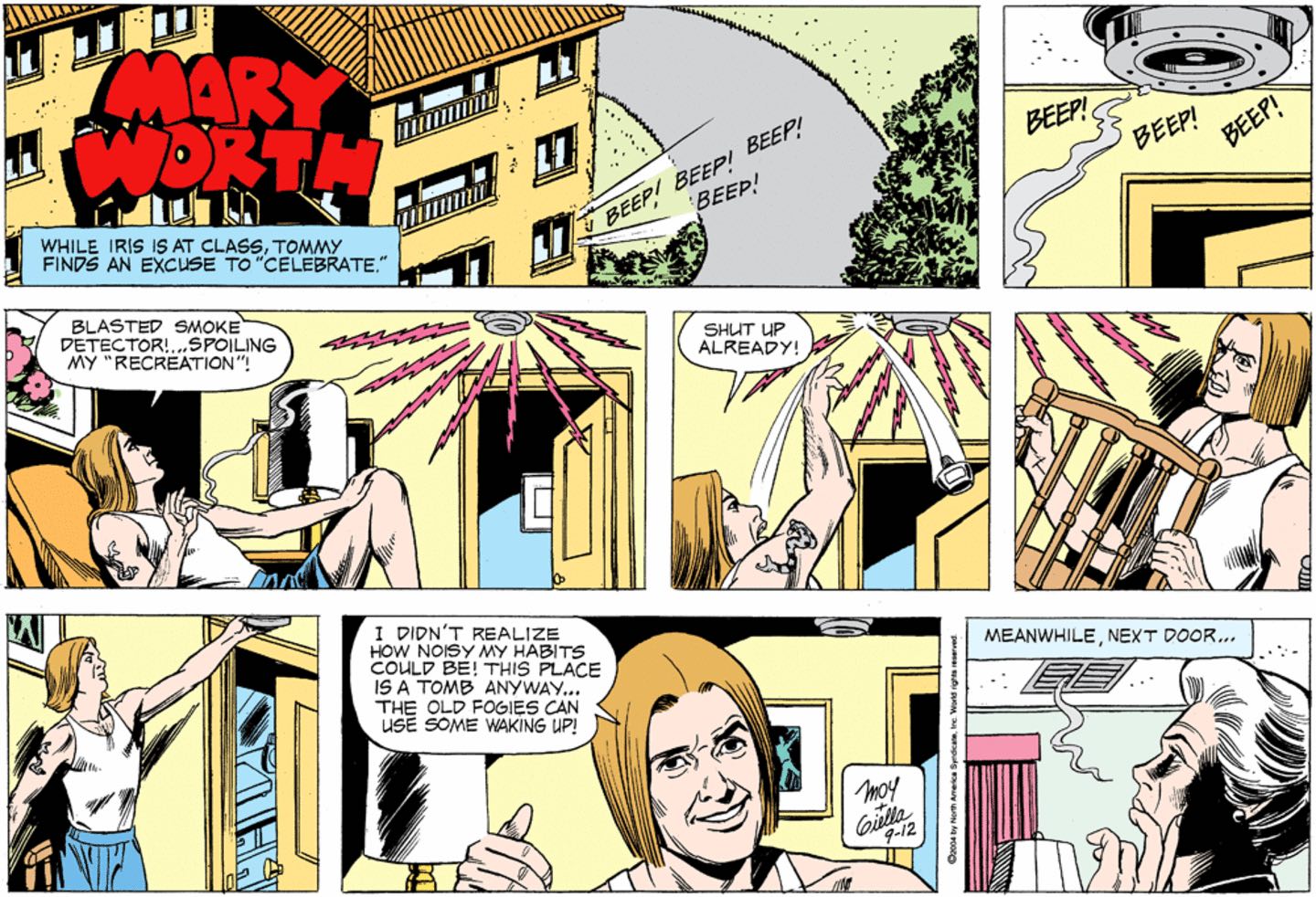 Mary came over and was extremely passive aggressive about it, but it’s nice that everyone involved has let bygones be bygones! And really, Mary lives in a state where recreational marijuana is legal now and, thanks to Comic Book Time, at this point she’s at the younger end of the baby boom generation, so she’s probably pretty chill about that kind of stuff! Not the meth, though. It’s gonna take another decade or three for her to be down with meth.

So the therapist is a chair? The chair that normally a (human, non-furniture) chair would sit in? And the patient is a chair? BUT the couch the patient would normally sit on is not an animate furniture-being. Or is it? OH GOD IS IT FURNITURE FOR FURNITURE, IS IT A LIVING FURNITURE-SLAVE, THIS IS A NIGHTMARE

There are plenty of Beetle Bailey strips where General Halftrack is angry or confused or depressed, but the fact that he’s so very ecstatic here, like this is the greatest thing that’s ever happened to him, may be the saddest thing of all.