Prediction time: my guess is that this whole Godiva murder storyline is actually Neddy’s screenplay that she’s been working on since moving to LA! I’ve been suspecting it for a while (there have been narration boxes that are scene headings), but today has really pushed me over the edge into believing it. Think about it: they say “write what you know,” but like most screenwriters, she’s writing what she wants to know, e.g., martial arts and how to make friends with her cooler, savvier boss. It’s nice at least to see a shoutout to the backstory on the Spencer-Driver foundlings, who were homeless and living rough with their grandfather when they accidentally set up camp on Sam and Abbey’s vast estate, and then their grandfather died and Sam and Abbey adopted them, presumably without too much legal fuss. (Abbey promised their grandfather would be buried in a beautiful clearing and definitely not ground up into a special treat for Abbey’s most handsome stallions.) Through the magic of fiction, Neddy is imagining a world where her tough childhood left her with near-superhuman abilities of self-protection, rather than just a host of emotional problems.

I was sort of pretending to myself, just to force the world to make some kind of sense, that Barry’s big intervention was happening over the summer, that Gil Thorp was experiencing the same summer that we all were here in the United States, but nope, it looks like high school baseball is still happening! Is Gil going to risk defeat by starting Jay Bhatia on the mound today? Who cares, we’re more than halfway through July, how can any of this possibly matter. 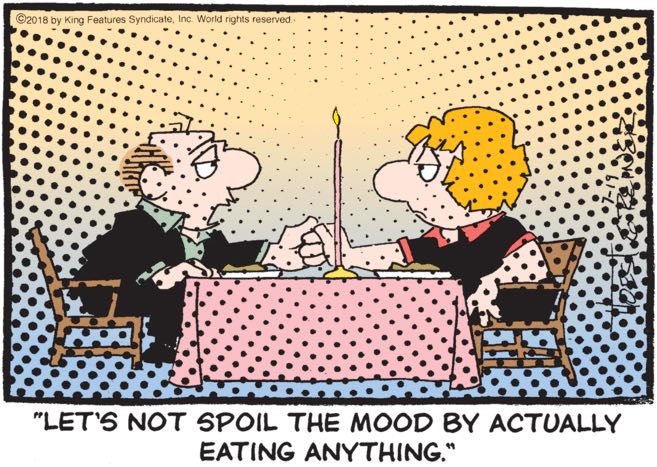