Yesssss, some mysterious character is in fact taunting the Milford athletic department via billboards, just like those guys in Buffalo, or, less relevantly but I suppose more at the top of the collective cultural consciousness, Frances McDormand’s character in Three Billboards Outside Ebbing, Missouri. Given the outsized importance high school athletics holds in the Greater Milford Micropolitan Area, it’s wholly appropriate that our antagonist here beholds his work like a cackling supervillain unveiling his doomsday device. 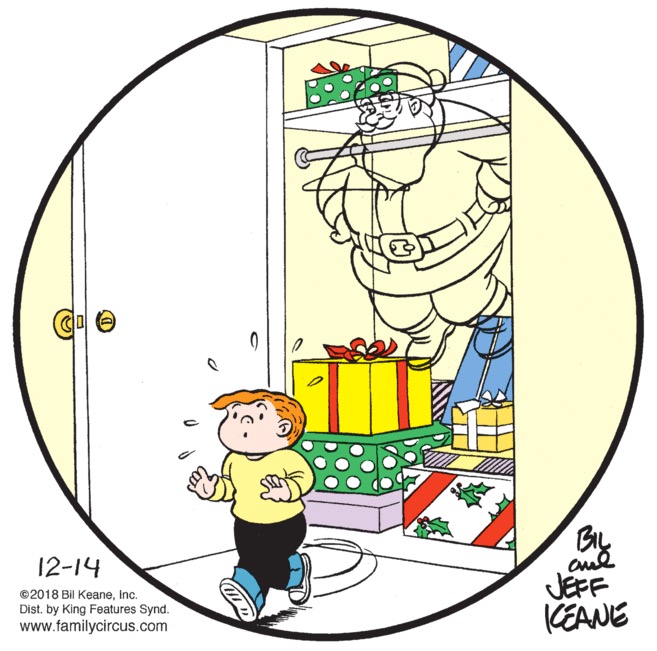 Jeffy thought that once he had killed Santa, the shackles of “nice” and “naughty” that had defined his life were broken forever. But there was one thing he hadn’t reckoned with: Santa’s ghost.

The Minutes Will Feel Like Hours™: That’s the Rex Morgan, M.D.,® promise!