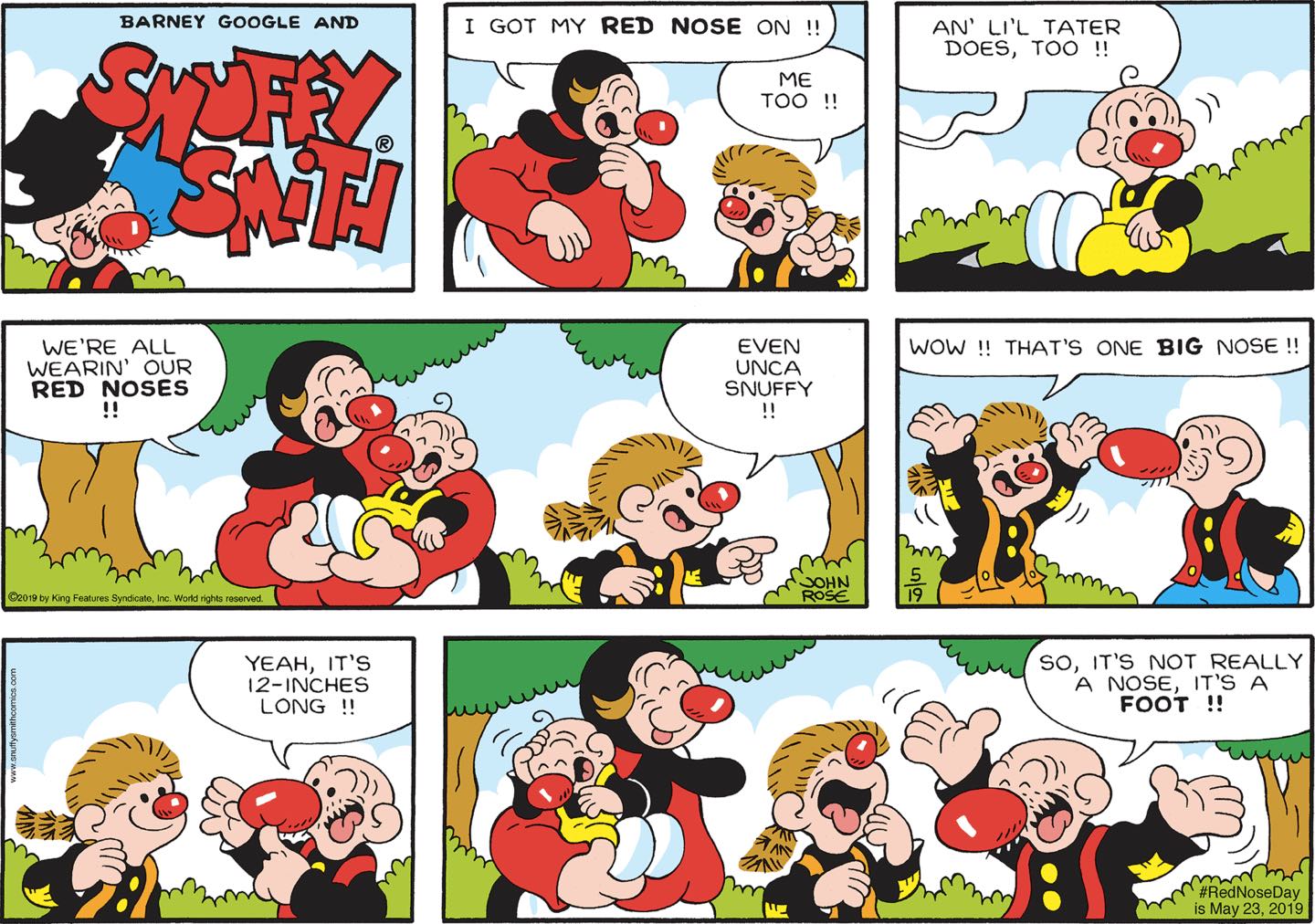 Lots of today’s comics are doing special strips for Red Nose Day, but I’m only going mention one because otherwise it’d get pretty repetitive, and that one is going to be Snuffy Smith, because the point of Red Nose Day is to raise money to combat childhood poverty and there are few clearer examples in the comics of children living in poverty than the (literally, desperately) poor children of Hootin’ Holler. 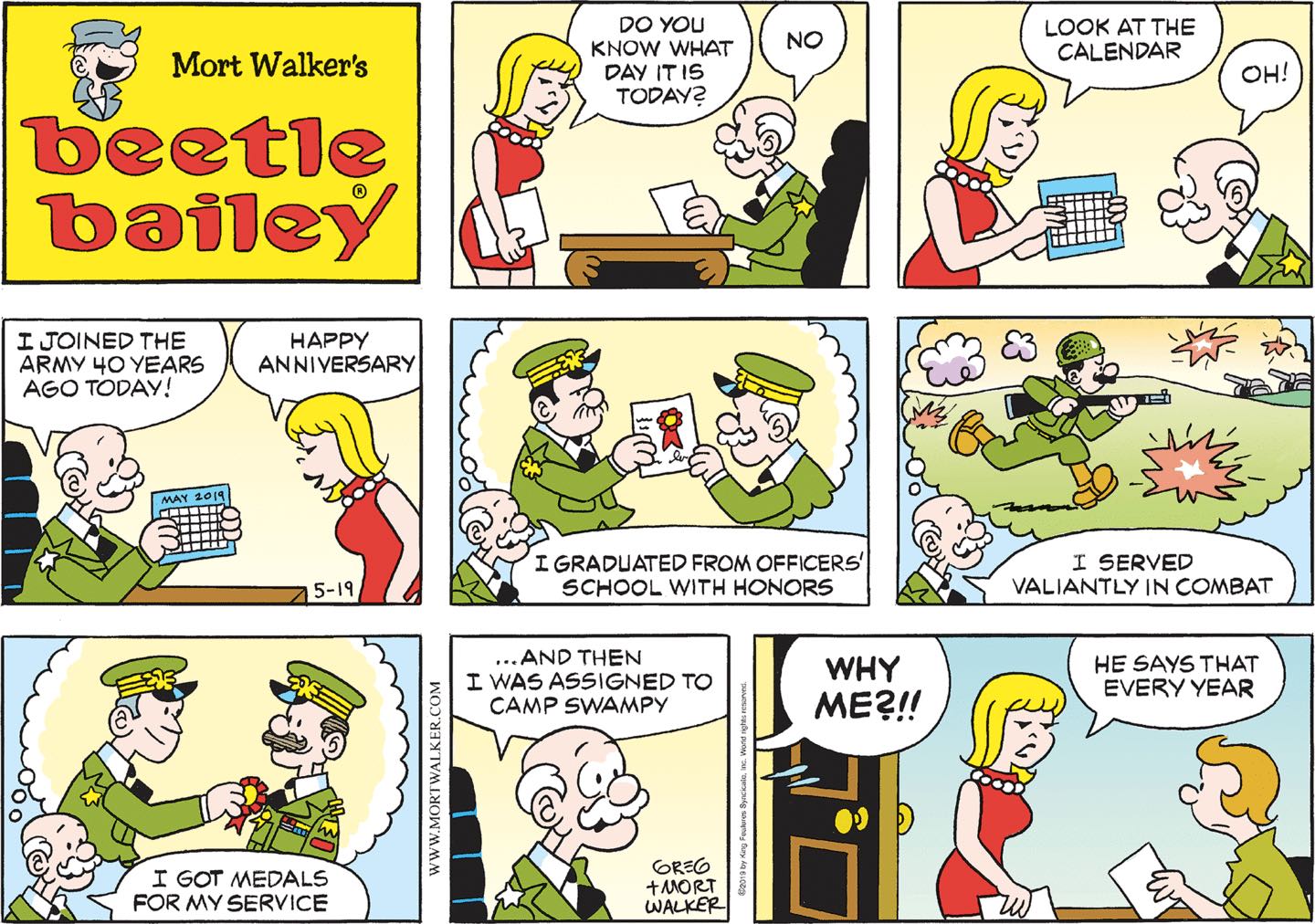 You have to respect how acutely aware Miss Buxley is of the progress of General Haltrack’s sundowning: she knows that his “I’ve been in the army [X] years” diatribe is good for a solid 10 minutes where she won’t have to do anything but stand there and nod politely, and she’s going get it out of him even if she has to wave the calendar in his fact to start it. You also have to respect the comics colorist who made Halftrack a white-haired old man in the first flashback panel, then realized in the next panel that he was supposed to be young, but didn’t bother going back to fix their earlier mistake.

Sure, this is a cute comic about how Sam the dog fetches Big Daddy Keane’s slippers and greets Grandma at the door and, uh, takes care of PJ when all the adults are ignoring him or gone altogether, but let’s not neglect Billy’s look of creeping panic in the center panel here. He feels like he has to denigrate Sam’s skills because he’s not good at anything and he’s never going be good at anything, and he knows it.