Ha ha, yes, sure, Slylock abuses his law enforcement powers to force K-Rock to interrupt up their hot playlist of favorites from the ’80s, ’90s, and today to get an emergency message out to this crocodile car thief, but: what possible reason can there be for our fox detective to drive a car with such a insanely dangerous defect? And that’s not the sort of thing that just happens “accidentally” to an engine; no, I think Slylock actually had the mechanic introduce this feature quite deliberately. His clockwork mind can solve any problem posed to him, defeat any foe, and he feels like nothing challenges him anymore. Quite frankly he needs the sense of constant danger, needs to drive SLY 1 for four minutes and fiftysomething seconds, as Max becomes increasingly agitated, before abruptly pulling over to the side of the road and letting the engine cool and reset. It’s the only way he can feel alive.

Speaking of people dying in car crashes, I guess someone in Funky Winkerbean … just died in a car crash? I suppose this is supposed to be Bull, as he spent a lot of the last week agitated because he couldn’t find the car keys (which Linda had hidden from him). The New York Times article about this said that we’d be seeing a “a five-panel sequence [that] shows Bull acting on the decision to take his own life,” but this seems a lot more ambiguous, like maybe he just found the car keys and shouldn’t have been driving and got muddled. Ha ha, it sure will be fun for Linda, having no closure and never really knowing was going through her husband’s mind in his final moments, whether he was trying to find peace or was just alone and confused and scared! This is a great, hilarious strip that people love to read! 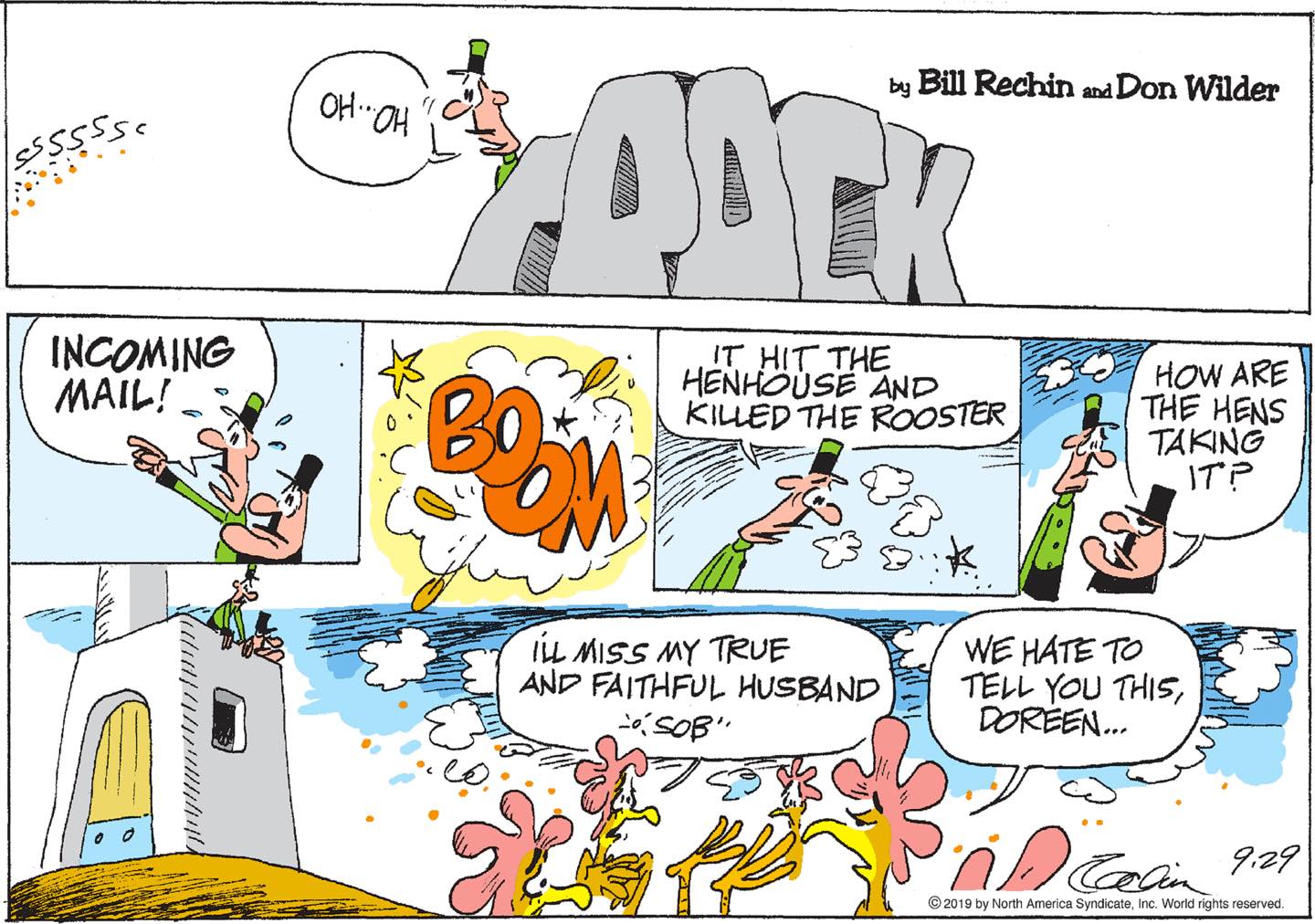 So … only one of the hens wasn’t aware she was living in a polygamous compound? And she learned because her shared husband was killed by incoming mail? A lot going on here, to be honest.

Fine, Family Circus, you’ve done it. You’ve created a strip I laughed at unironically. I will always remember September 29, 2019, The Day The Keane Kids Soiled A Piano.