Earlier this month I went to that deciding Dodgers-Nationals playoff game where the home team’s seemingly comfortable lead melted away late in the game and turned into a rout, and there were definitely folks who started trooping out when things started going against the boys in blue even though there was still hope they could turn things around. And yeah, they all probably had much longer trips home than we did and wanted to beat traffic, but I’m a bitter-ender by nature, and always feel a certain frisson of contempt for people who go through the trouble and expense of seeing a live event but then don’t stay for the whole thing. Does that mean I endorse incapacitating, or possibly murdering, someone with a quick hypodermic to the neck if they want to get up and leave a performance of Our Town when the Stage Manager’s closing soliloquy has just begun? Well, not exactly, but I do understand why you might feel the urge to do it to them.

It took me a while to figure out, but Chet, who’s determined to win his stepson’s love and/or respect by interfering in his high school athletics career, is the same Chet on the school board who Hadley V. Baxendale threatened to personally sue if he tried to stop a kid she knew from illegally attending school in a district where he didn’t live. This explains a lot about his motivation at this pivotal moment in the current storyline. He’s already had it rubbed in his face that rules and “doing the right thing” don’t matter, and the only way to get ahead in life is to have a powerful patron. Now he has the opportunity to use his own position of power to clear the way for a family member, and by god he’s going to take it. 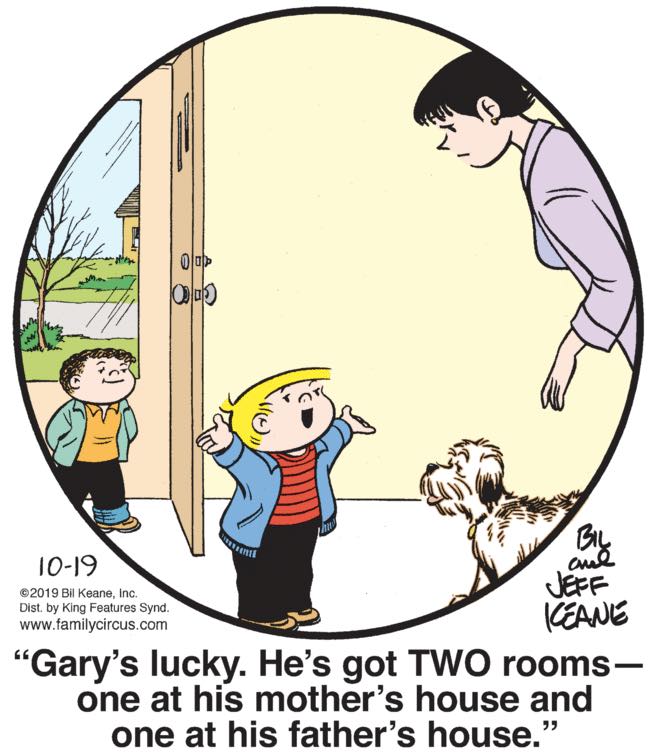 I’m an only child of parents who separated before I was three, and while I’m not going to deny it caused some emotional bumps in the road for me growing up, it also wasn’t without certain advantages for a boy who did not and still does not particularly like sharing things or space with other people. So yeah, I relate to Gary here, whose smug little smile seems to be telling us that “Pretty much all I have to say is ‘well, at dad’s house I get to do this’ and suddenly I get to do that at mom’s house too. Oh, you have to share this cramped little place with two adults and three other kids? How quaint, for you.”