It’s Thanksgiving in the United States, everyone! What are you thankful for? I had a whole bunch of bullshit about my family and friends lined up until I read today’s Beetle Bailey, but now I’m most thankful for the fact that I don’t live and work someplace where hungry packs of semi-feral dogs roam freely. 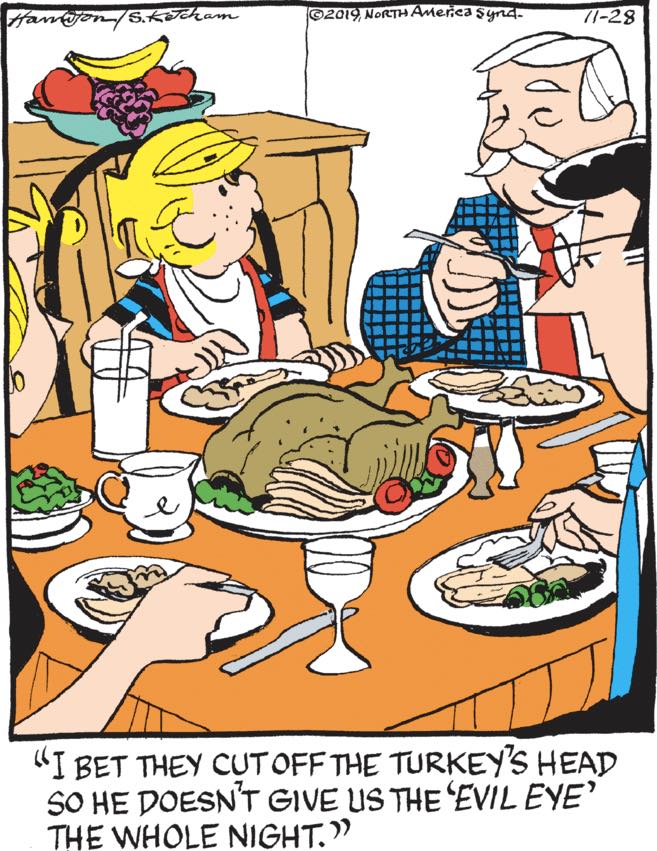 You have to admit that it’s pretty menacing to cheerfully point out that looking at the faces of the animals we’re about eat would make us uncomfortable and that’s 100% the reason why we don’t actually do it.

Still not as menacing as imagining that not only do the turkeys we eat today have souls, but that those souls are being escorted to hell, right now as we’re digesting in front of the football game.

Wow, I had sort of imagined Proof as a hard-hitting publication that took on corruption at the highest levels of our society, but apparently they paid for an undercover story on … carny crime? “Purse-snatching crows, huh? That sounds familiar,” says Dick, smiling slightly as he remembers the time he killed every single crow in Neo-Chicago.