There has been a population explosion of pythons in the forest. In the beginning of the Glorious Animal Regime, all animals were equal; but some, like the traitorous python, defied the reproductive quotas imposed by the benevolent new monarchy, which forced Slylock, more in sorrow than in anger, to impose ethnic cleansing and deport thousands of snakes to “another forest,” so far away that you probably won’t be hearing from your snake friends again, but trust us, they’re happier there. Will history absolve Slylock and Princess Pussycat of their crimes? Answer — No, but they’ll be long dead before the judgement of future generations condemns them! 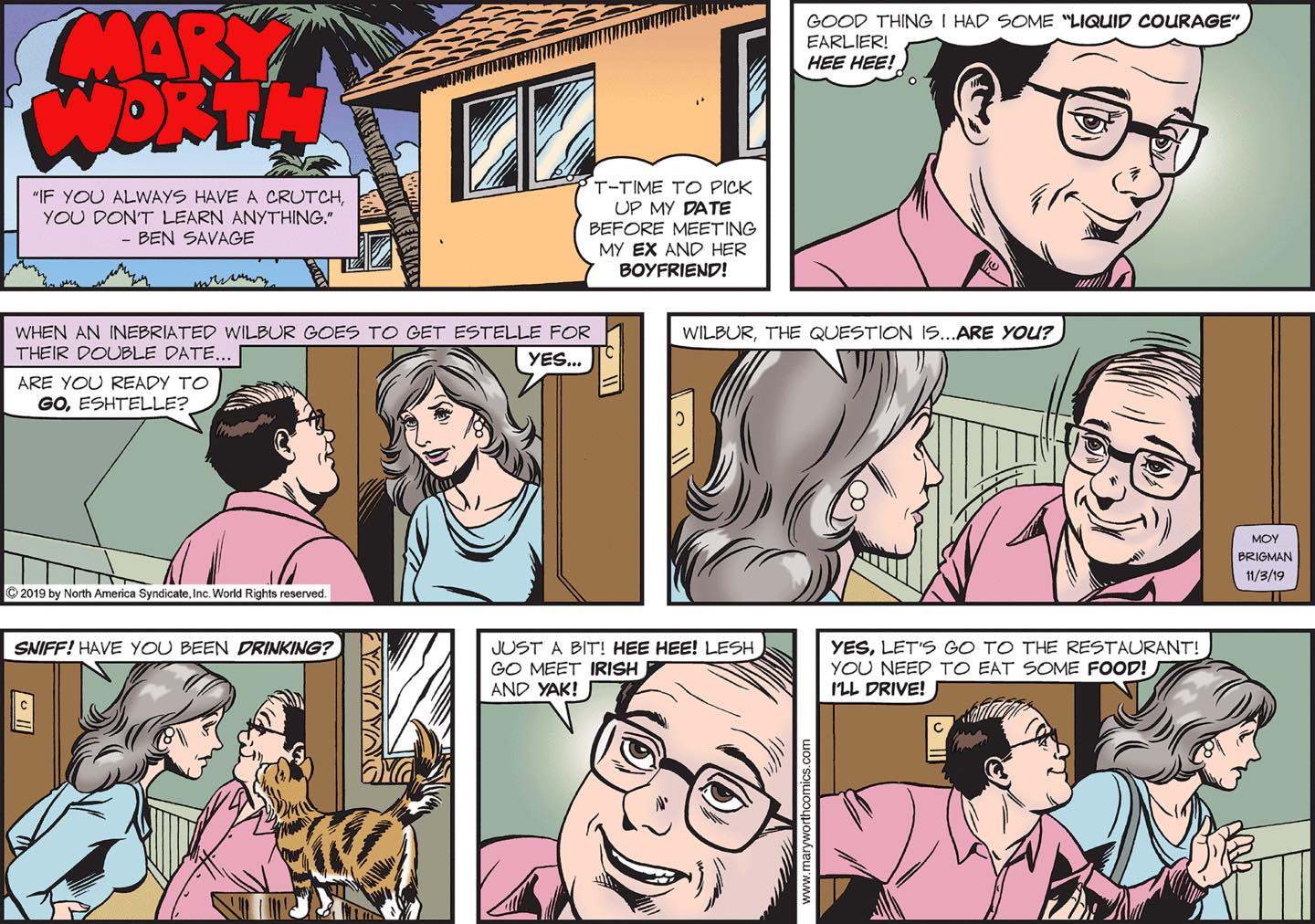 You know, we’ve been spending a lot of time wondering what Estelle could see in Wilbur, but you gotta remember that she’s the woman who sent $10,000 to some dude she had only ever spoken to on the phone, and while “This guy I just started dating has shown up at my apartment very drunk, I’m going to physically and urgently drag him to the double date we’ve planned with his ex and her new boyfriend” isn’t a terrible choice quite on the same scale, it’s a reminder that she’s made some extremely questionable decisions in her life and will no doubt continue to do so in the future. 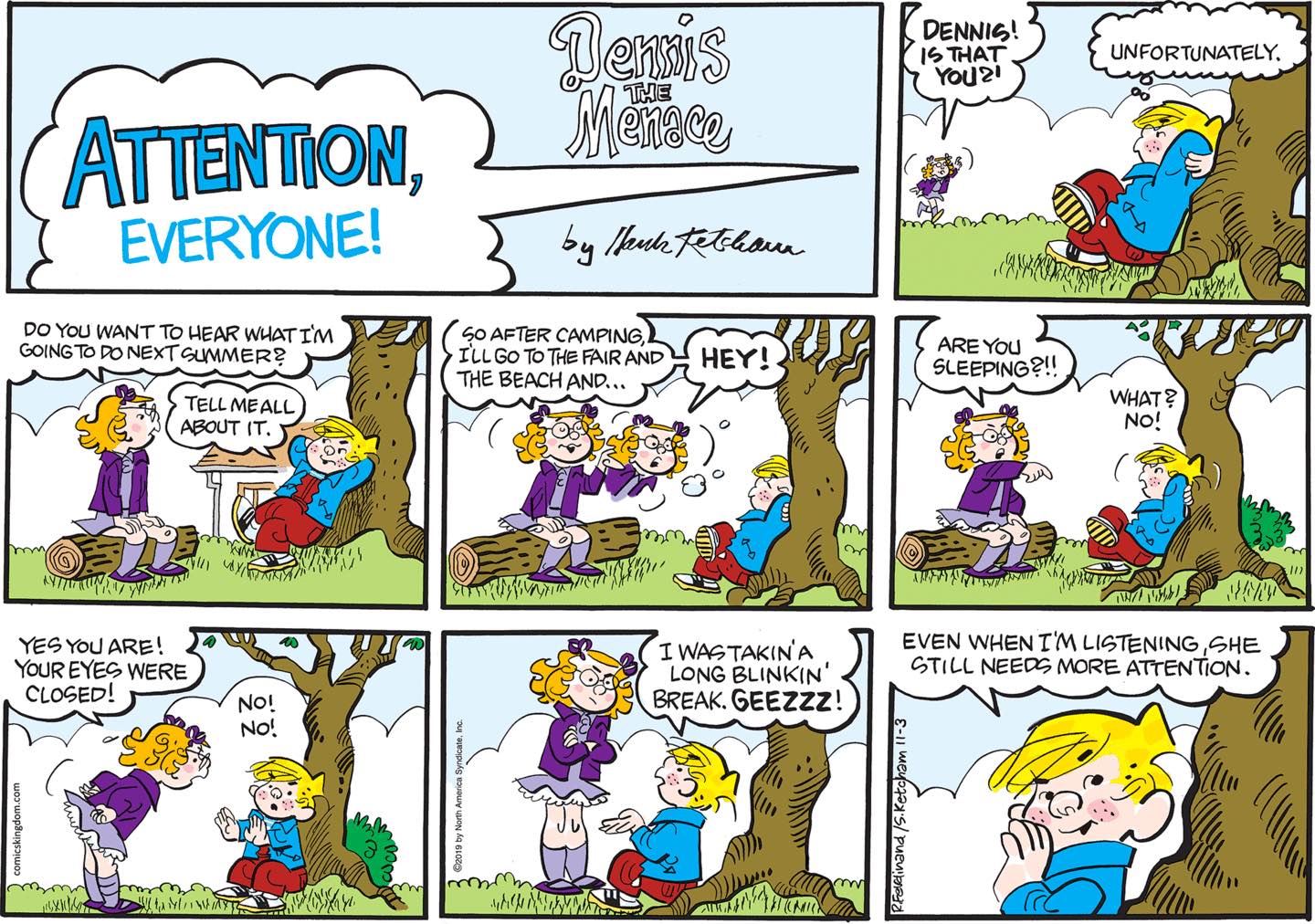 Did Dennis just try to pull the “I was resting my eyelids!” trick beloved by checked-out uncles everywhere? Dennis, my man, the only thing you’re a menace to here is your own dignity.