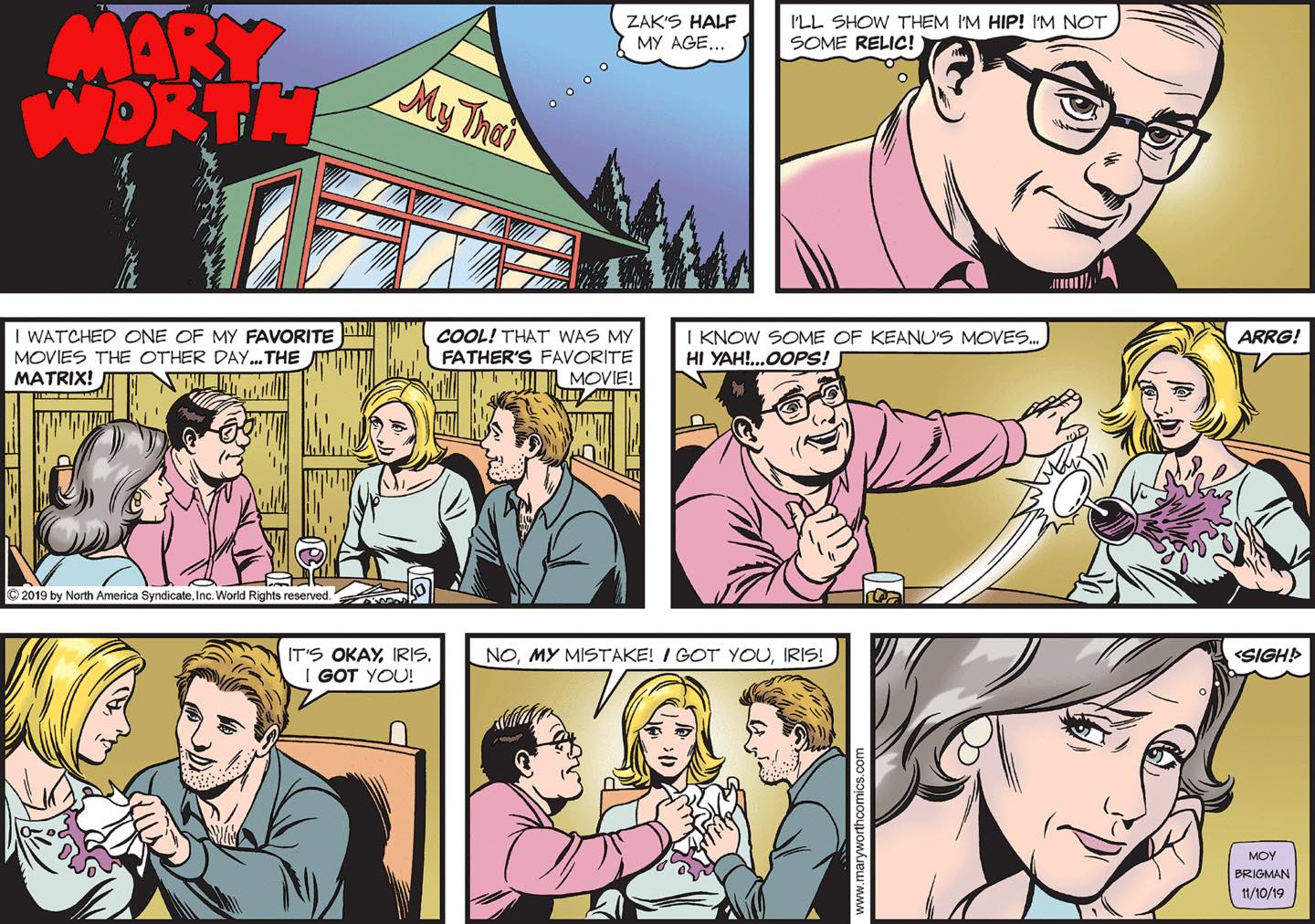 It feels almost churlish to complain about a week of Mary Worth that has brought us so much joy, climaxing in today’s strip in which Wilbur drunkenly karate-chops a full wine glass into Iris — if only the technology existed to render this in Wachowski-style bullet time! — and then he and Zak compete for the right to daub her soiled bosom. But I have to admit that throughout this whole thing, I don’t quite have a sense of Zak’s character. Is he as charming and guileless as he seems? When Wilbur decides to show his hip bona fides by proclaiming his love for a twenty-year-old film, is Zak’s response that it was father’s favorite movie meant to twist the knife? Or is he really cheerfully relating his own connection to the now-classic, with no ulterior motive? Either way, it’s going to make Wilbur die inside, of course, but I find myself wanting to know the precise texture of his pain, for probably obvious reasons. 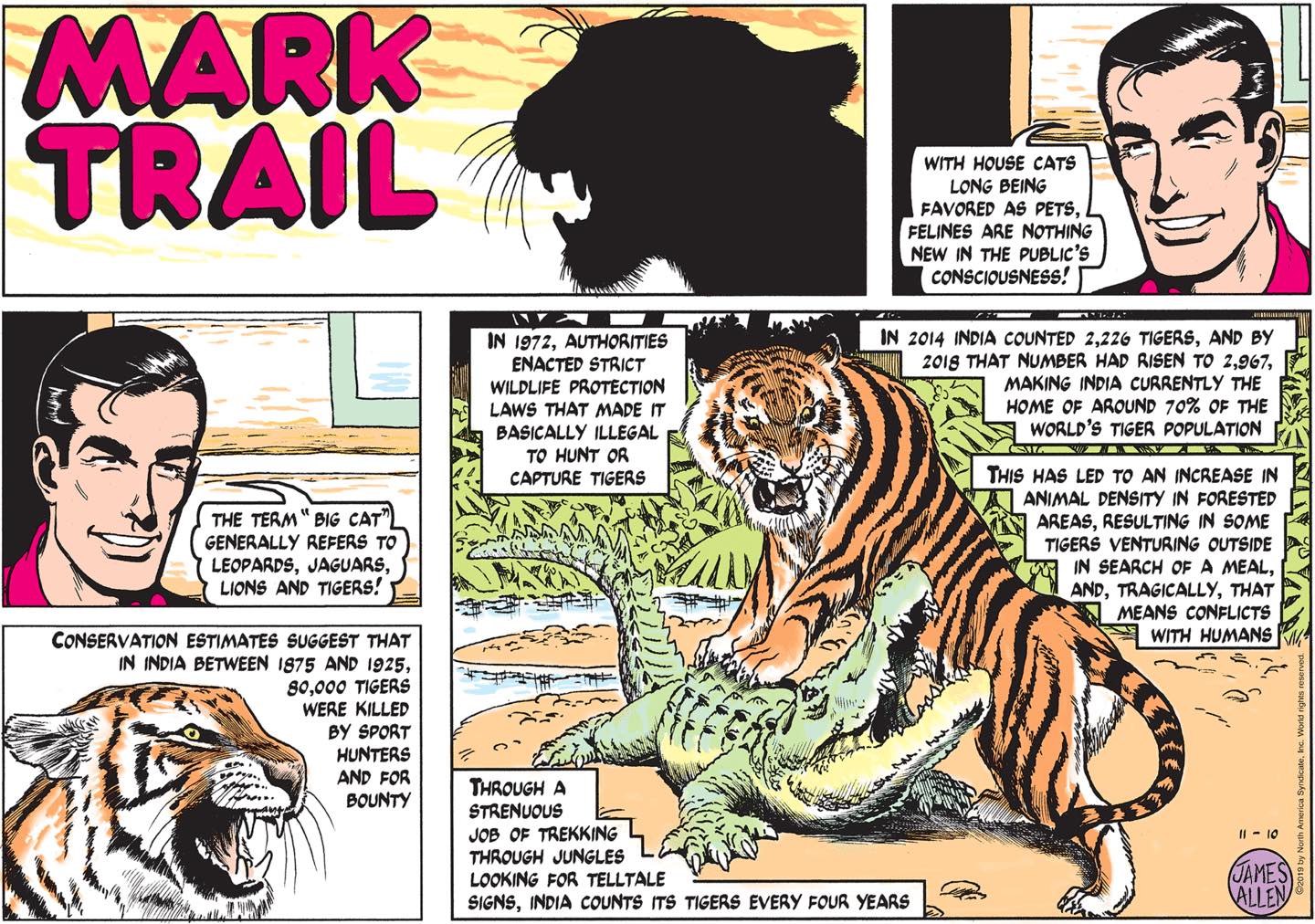 “This has led to an increase in animal density in forested areas, resulting in some tigers venturing outside in search of a meal, and, tragically, that means conflict with humans. That seemed like a real downer to draw, honestly. Wouldn’t you rather see a tiger fighting an alligator? No idea if that has any scientific basis, but it sure sounds metal as hell.”